The power of free software has visible effects as early as five months after release: Apple released Mavericks, its latest desktop operating system, nearly five months ago, as a free upgrade, and now 40% of all Macs are running this latest version of Mac OS X. 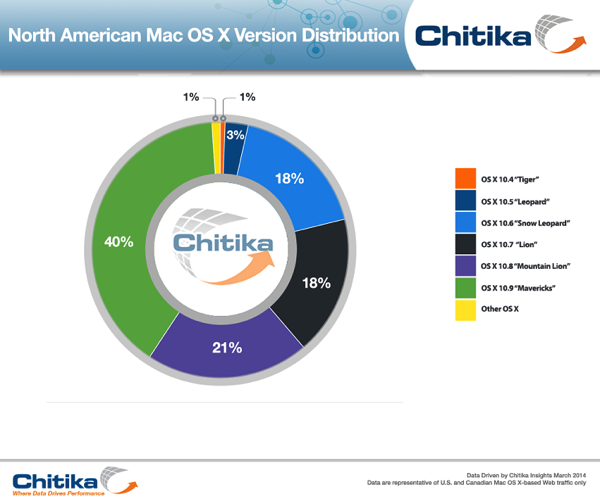 The data was shared in Chitika’s latest report, which covers both US and Canadian Mavericks adoption. The data used in the analysis was sampled between March 17 and March 23, 2014.

It is worth noting here that the 40% mark – which is a strong adoption rate – stands in contrast to an iOS adoption rate of 70% (in the North American market, according to Chitika’s data). The disparity could be due to the nature of the desktop marketplace, and the longer replacement cycle compared to the iPhone or mobile devices (except the iPad, according to CIRP).