Last month, MBNA Canada updated customers to note Apple Pay was still on pace for a “mid-2017” launch, something they have echoed since last November.

Now, according to reliable source familiar with the situation, MBNA Canada is set to launch Apple Pay in June, as beta testing has reached its final round with employees.

MBNA Canada’s credit card portfolio is owned by TD Canada, which the latter acquired back in 2011. TD Canada launched Apple Pay last summer along with other big Canadian banks.

HSBC Canada is set to launch Apple Pay soon as well, as the bank has been telling customers since last month “it’s coming our way shortly.”

The bank’s placeholder site for Apple Pay is visible over at hsbc.ca/applepay and it shows the following: 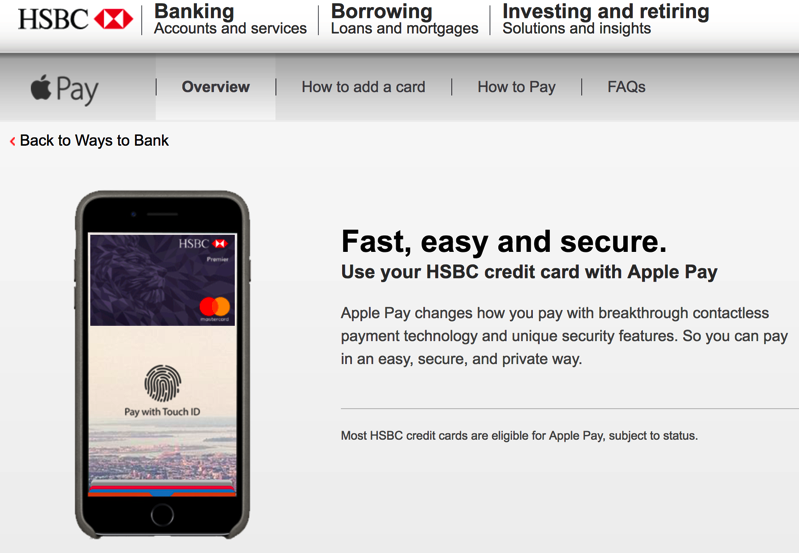 The website lists the following credit cards as eligible for Apple Pay:

With Apple’s WWDC set to kick off the first week of June, it is likely we will hear further Apple Pay announcements at the keynote or during the week.

Microsoft has launched a new privacy-themed learning experience dubbed Privacy Prodigy in Minecraft Education. This experience is designed to teach teenagers about personal data and celebrate Safer Internet Day. February 7th marks Safer Internet Day, the 20th annual recognition of the importance of safety, privacy and security on the web. As part of the celebration,...
Steve Vegvari
41 mins ago