Earlier today, Microsoft released the Outlook app for Apple Watch, allowing users to see more of emails from their smartwatch and even reply with dictation. Now, the company has pushed the all-new Translator app for the Apple wearable, enabling users to simply speak into their Apple Watch and get instant translations in 50 languages. 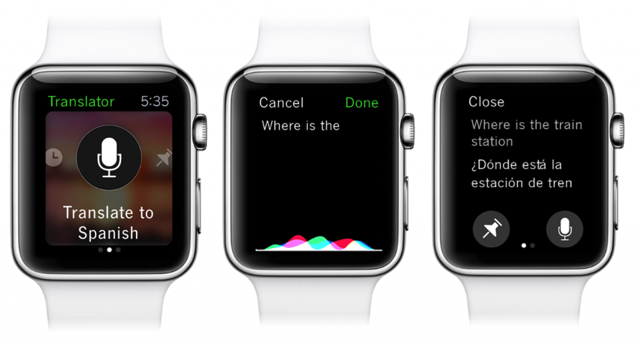 With the Microsoft Translator for Apple Watch, users can translate even faster by pinning their most commonly used translations and settings to their watch screen for quick access.

“Microsoft Translator for Apple Watch—talking with your hands never made so much sense.

The companion app for iPhone lets you manage your settings and translate right from your phone or when you prefer to translate typed text. Get Translator for iOS devices now!”