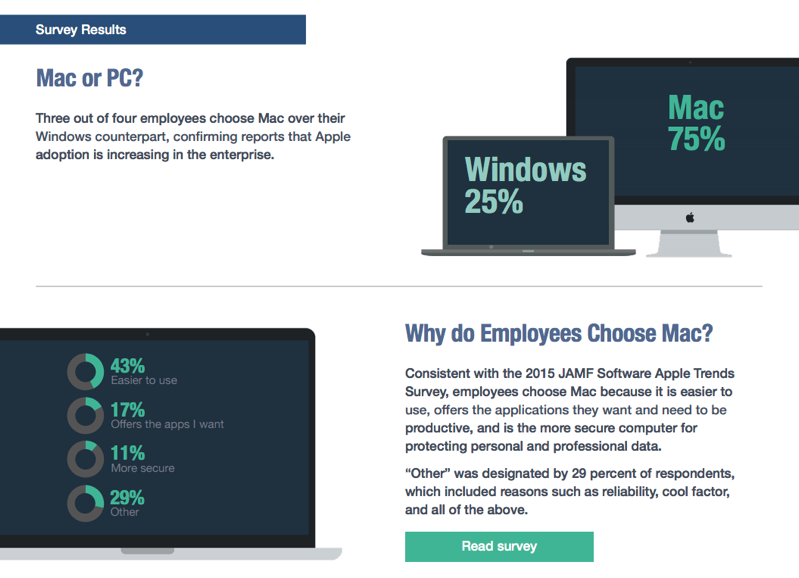 Apple’s products have conquered the enterprise market, as 75% of employees opt for a Mac if they are given an opportunity to choose, the latest JAMF Software survey reveals (via ComputerWorld). The pattern is in line with last year’s Apple Trends Survey.

“Employees between the ages of 18 and 54 overwhelmingly choose Mac,” JAMF Software reports – a broad reflection of the PwC conclusions. “While those 55 and over are more comfortable using PCs.”

An interesting part of the survey is related to who is choosing iOS: As it turns out, Apple is clearly in a winning position when it comes to the incoming workforce called Millennials, so Apple’s growth in enterprise is being driven by the proportion of Millennials present in the workforce.

Adding the option to choose a preferred platform brings several benefits: For example, the JAMF report reveals that 72% of employees who are able to choose their devices are more productive. 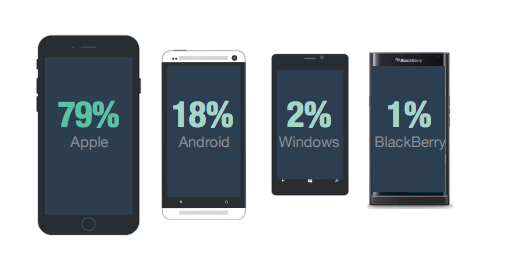 You may recall that iOS performed pretty well in the enterprise market (according to previous Good Technology reports), and the JAMF report further underscores Apple’s presence in the segment: Nearly 80% of all age groups select iOS, compared to just 18% who select Android.

Fact is, the myth that Macs are too expensive has been busted by IBM’s Fletcher Previn, who says, “Every Mac that we buy is making and saving money.”

The JAMF survey was conducted in February 2016 and is based on the responses of 480 executives, managers, and IT professionals from small, medium, and large organizations worldwide.