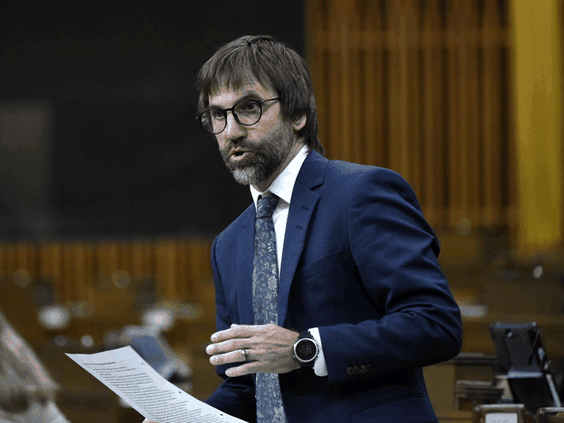 Speaking to MPs, Guilbeault reiterated that Bill C-10 is designed to force foreign streamers and social media platforms to invest in and promote Canadian content — not infringe upon the Canadian people’s right to free speech and expression on the internet.

Bill C-10 landed the Liberal government in hot water with both the opposition and the people after a clause excluding user-generated content on the internet from the purview of the bill was pulled out.

The proposed bill was originally going to give the CRTC control over streaming services and other commercial content, but it was later amended to add social media websites and even user-generated content to the CRTC’s dominion. In addition, a Liberal MP recently let slip that apps could be next on that list.

Defending Bill C-10 as a necessity for broadcasters, the production sector, and content creators, Guilbeault referenced an analysis of the bill conducted by officials from the Department of Justice and released yesterday that concluded it, as it is now, poses no threat to freedom of speech.

When asked by Conservative MP Rachel Harder if the bill will give the CRTC control over search, suggestions, and other algorithms on streaming services and social media apps, Guilbeault refused to answer in the affirmative or negative.

“The concept of ‘discoverability’ is ensuring that, as part of these platforms, Canadian content becomes more visible,” he said instead. This isn’t the first time Heritage Minister Guilbeault has failed to adequately defend the internet regulation bill he is so passionately pushing for.

Now we know why @S_Guilbeault wouldn’t answer the question about why Section 4.1 was in Bill C-10. His *own officials* told him it provided an important limitation to ensure the CRTC cannot regulate the audio or video communications of individuals. https://t.co/8lbMLhaUo5

With the House of Commons scheduled to break for the summer in four and a half weeks, the review of Bill C-10 could be put on hold for the summer and, in case an election is called for in the summer or fall, be scrapped entirely — hence Minister Guilbeault’s appeals of urgency.

While Guilbeault has implored MPs to expedite the approval of Bill C-10, Conservative MPs are far from convinced. In a statement following the meeting, Conservative MP Alain Reyes said:

Minister Guilbeault did show up but did not answer questions directly … [He] did not deny that he would regulate algorithms, and never addressed concerns about freedom of speech raised by many experts since the Liberals’ concerning vote to remove protections for social media users.