In a lengthy new article at Recode, veteran tech journalist Walt Mossberg has slammed Apple’s voice controlled virtual assistant Siri, calling it “too limited” and “unreliable” to be an effective weapon for the company in the coming AI wars. “When was the last time Siri delighted you with a satisfying and surprising answer or action?”, he writes, adding that for him and many other people, it’s been years. He also said that Apple has wasted its lead with Siri, with Google, Amazon, and Microsoft catching up fast. 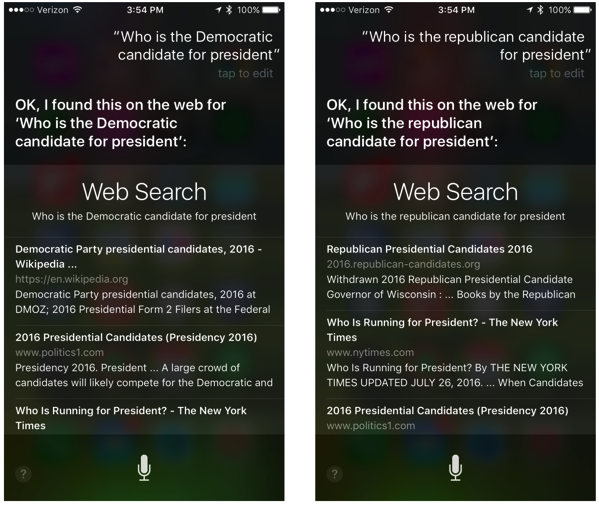 Mossberg points out that Siri’s huge promise has been shrunk to just making voice calls and sending messages to contacts, and maybe to getting the occasional weather info using voice commands. He also highlights that if you try and treat Siri like a truly intelligent assistant, it often fails, even though Apple presentations and its Siri website suggest otherwise.

He continues that although Apple claims Siri is focused on enabling you “to work with your device in a hands-free way”, in his tests it even fails or is inconsistent too often, when relying on data that’s right on the device or in iCloud.

Siri has been unable to tell me the names of the major-party candidates for president and vice president of the United States. Or when they were debating. Or when the Emmy awards show was due to be on. Or the date of the World Series.

Google Now, on the same Apple devices, using the same voice input, answered every one of these questions clearly and correctly. And that isn’t even Google’s latest digital helper, the new Google Assistant.

I completely agree with Mossberg and I’m sure most of you would as well. It’s about time Apple starts taking Siri’s development seriously, or else it may just end up firing a bunch of engineers holding them responsible for it, just like it did with the original Apple Maps.

According to a report by The Intercept, Apple is using Chinese company Tencent’s blacklist to block access to certain websites via Safari in Hong Kong. Last month, Apple users in Hong Kong trying to access the code-sharing website GitLab were presented with a warning that says the website is being blocked for their own safety. Safari’s “safe...
Usman Qureshi
43 mins ago