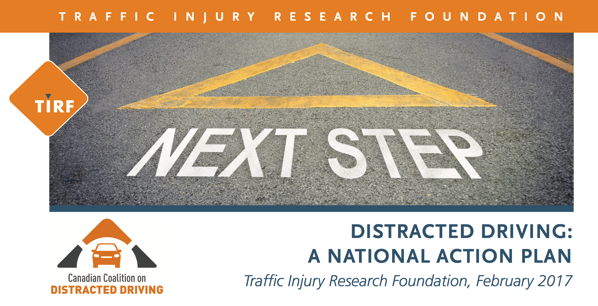 The rising number of fatal crashes caused by distracted driving prompted government and ogranizations across Canada to prioritise the fight against such behaviour. The Canadian Coalition on Distracted Driving (CCDD) was formed to develop a National Action Plan, which was released this week.

This is the first coalition of its kind in Canada and includes representatives from various levels, such as government, law enforcement, academia, health, industry and the community. The coalition was born at the initiative of the Traffic Injury Research Foundation, Drop It And Drive and The Co-operators.

The National Action Plan contains 15 action items according to four priority areas: education and prevention, enforcement, data and research, and technology and industry.

“The plan was designed to harness the collective knowledge and learning that has been gained by many organizations,” said Robyn Robertson, president and CEO of the Traffic Injury Research Foundation. “Transforming their experience into practical tools and resources that can be used by a much larger group of stakeholders can improve efficiency and affect outcomes on a larger scale.”

As noted in the press release announcing the plan, to develop it, the CCDD explored the components that play a role in distracted driving: driver behaviour, penalties, education campaigns and much more.

The final version of the plan includes essential activities supporting the effort of agencies fighting against distracted driving. Alongside developing the plan, the CCDD will produce a series of tools contained in the plan.

You can access the 15-point action plan through this link. To read the entire report, click on this link.