Last fall, Netflix announced Star Wars: The Force Awakens would stream exclusively in Canada in 2016, thanks to a deal reached with Disney. The major motion picture launched in theatres back in mid-December.

Fast foward to today, Star Wars: The Force Awakens is now available to stream on Netflix Canada, as the company has started emailing customers about the new addition. 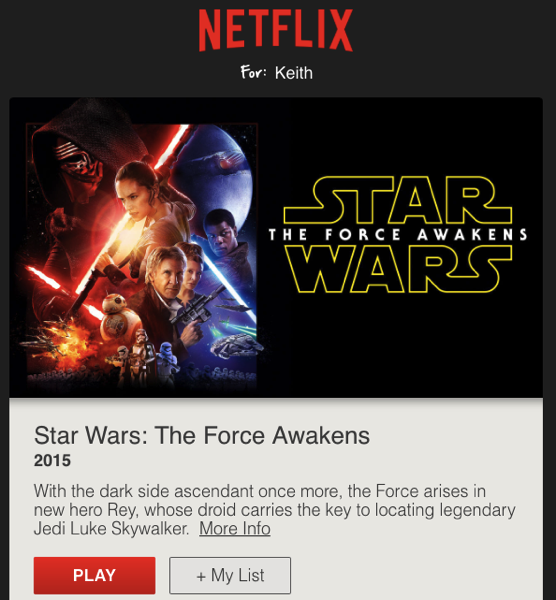 On a side note, if you’re into sharing your Netflix password, the company told Business Insider it’s completely fine to do so, as long as you don’t sell it, saying “As long as they aren’t selling them, members can use their passwords however they please.”

Let us know if you’ll be watching Star Wars: The Force Awakens this weekend! This is the one time Canadians get to have something exclusive and fun, right?!