Netflix is making it easier to keep track of all of its new releases. 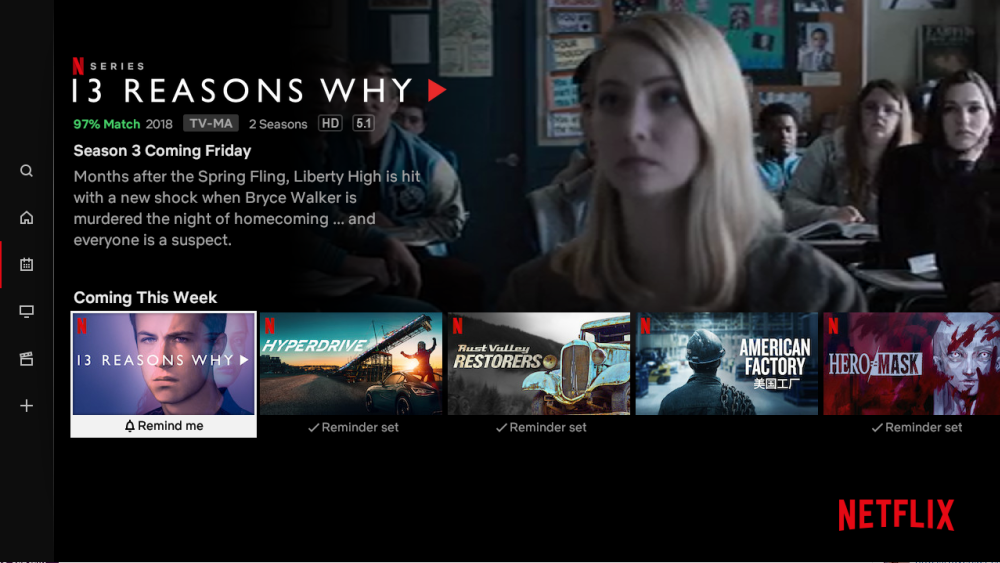 According to a new report from Variety, the streaming company is adding a new “Latest” section to its TV app that includes both listings of newly released titles, as well as movies and TV show seasons that will be released this week and the week after.

The new feature is a horizontal section much like others in the app, and can be accessed through the “Latest” tab in the sidebar of the app. Apart from the “New on Netflix” section, two new sections are visible – “Coming This Week” and “Coming Next Week” — with titles on display.

TechCrunch‘s Sarah Perez speculates that the new “Upcoming Releases” section is likely a bid to hold onto subscribers. She notes that the section will be personalized to the user’s preferences and will inform them when a show they love or a similar one has new episodes. All of this, she writes, is meant to emphasize “the value they receive from their Netflix subscription.”

The feature is currently only rolling out for TV-based platforms: the Netflix apps for smart TVs, streaming devices, and game consoles. For now, there’s no information on whether the feature will come to other platforms, although there is a dedicated “Coming Soon” section for Android devices where users can view trailers of Netflix upcoming releases.

Titles in the sections will be updated every day, and will be personalized for each Netflix subscriber according to their profile, according to the Variety report. The feature could come to other platforms in the coming months as well, but for now it seems to be limited to the TV viewing experience.