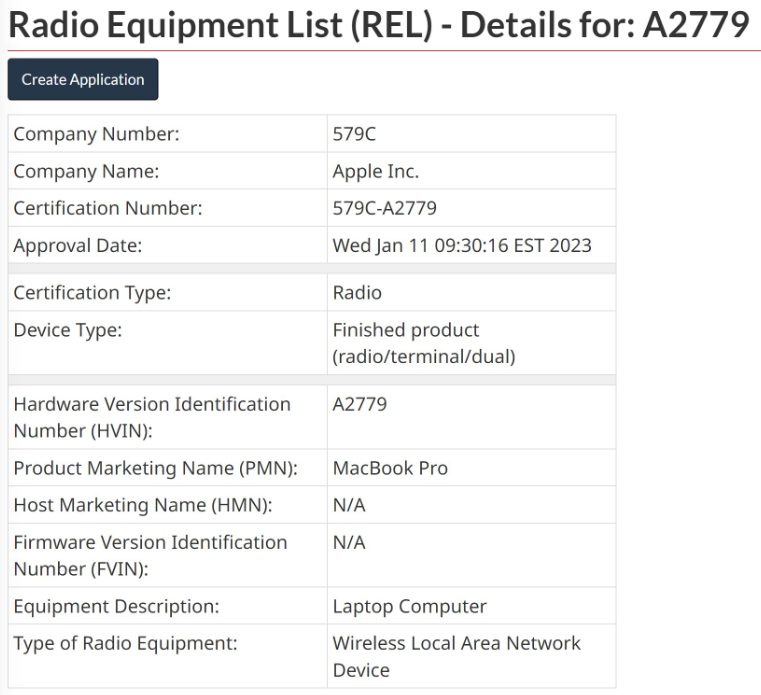 The discovery by found by Montrealer Wade Penner on Monday morning, reports MacRumors.

iPhone in Canada searched the radio database and Penner’s discovery is indeed there.

If history repeats itself, five days from January 11 would be today, so it appears a product announcement is likely forthcoming. Earlier today, it was reported that many media outlets had press briefings scheduled with Apple this week.

The new MacBook Pros are imminent (Apple does have an announcement tomorrow – with press briefings later this week and embargoes lifting next Monday). The new Macs arriving early this year first reported here in October https://t.co/P34OdoMRgZ https://t.co/9JlQ0ueBO1