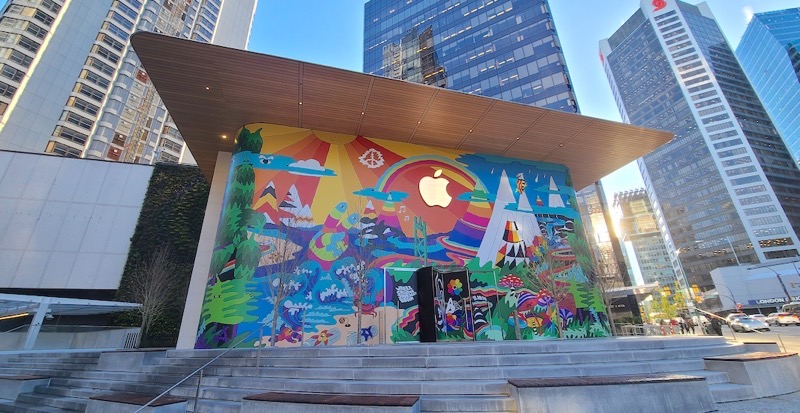 Apple’s first Apple Store in Vancouver will soon be replaced by a new flagship store at Pacific Centre that’s ready for its grand opening next weekend, reports Daily Hive.

Located in the heart of downtown at Pacific Centre, the previous location was relatively small, but the new two-storey location will have 14,000 square feet, and looks to complete the original 2019 application for the store.

Here’s what the Apple Store Pacific Centre looked like back in October as construction was underway, according to iPhone in Canada reader Rob: 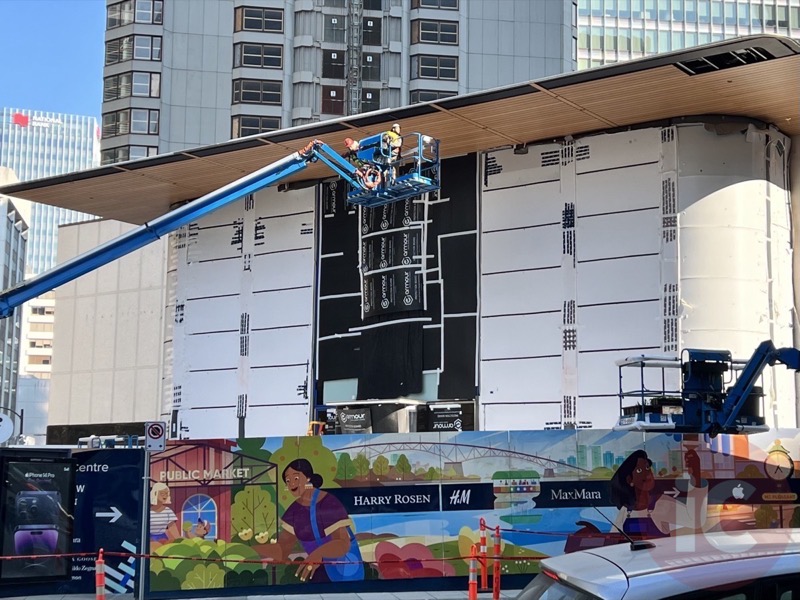 “Celebrate Apple Pacific Centre’s new home in downtown Vancouver from November 18–20. Join us for an exciting lineup of free sessions to capture the cityscape on a Photo Tour, practice a short meditation, enjoy live performances and more. Sign up to reserve your spot,” says Apple’s website, regarding the opening’s festivities, which include the following:

Aside from Pacific Centre, Apple has retail stores in Richmond, Burnaby, Coquitlam and Surrey, making up for the only five locations in British Columbia. The OG Pacific Centre Apple Store first opened back in May 2008, in time for the launch of the iPhone 3G.

Update November 16, 7:09pm PT: Apple says the new Pacific Centre store will open at 10am, in an email to customers: 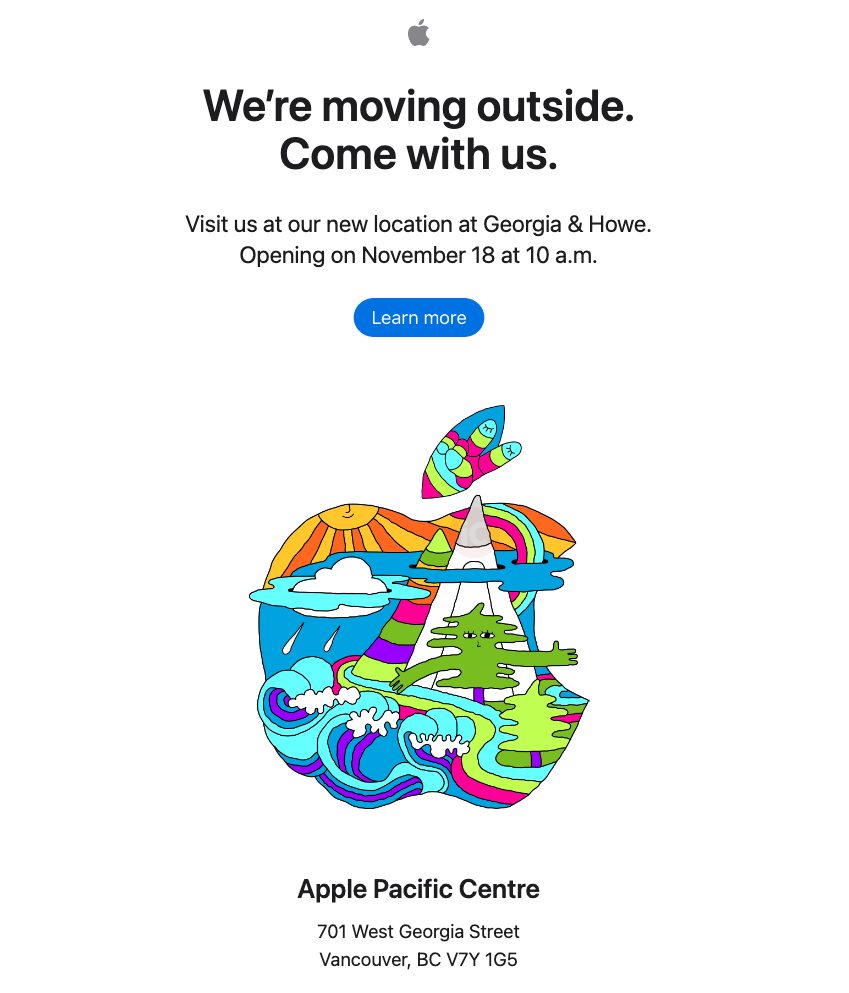