iOS 7 is the biggest change since the launch of the original iPhone: they scrapped every sign of skeuomorphism to replace it with a lighter, brighter and more aesthetic UI. In a video posted on Apple’s website Jony Ive explains: “There is a profound and enduring beauty in simplicity. In clarity. In efficiency. True simplicity is derived from so much more than the absence of clutter and ornamentation. It’s about bringing order to complexity.” 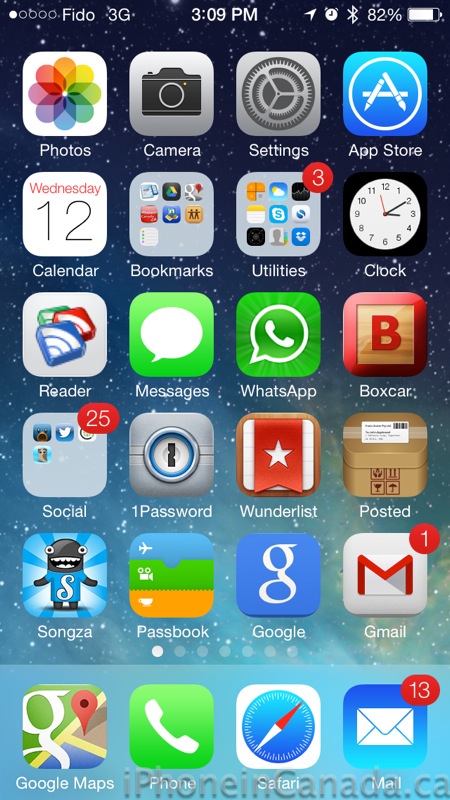 But how did they manage to do this? The Next Web decided to find out.

According to their information, the work flow was different this time. The new icons – subject to fierce debate since iOS 7 beta reached developers – were designed by members of Apple’s marketing and communications department, rather than the design team. The new look and color palette was set by the print and web marketing design team.

Apple’s early OS metaphors were meant to teach people how to use computers. Likewise, the skeuomorphism of Apple’s early iterations of iOS was intended to make touchscreens friendly, non-threatening, and familiar. The reason iOS has always been restrictive — with side-to-side scrolling as the only real overarching navigation — was to make the first touchscreens too simple not to understand.

The problem now is that the iOS is no longer in the position of having to teach anyone about touchscreens. Even three-year-olds get them. The smartphone’s greatest problem today isn’t teaching people that there’s a virtual space for doing everyday tasks. Rather, it’s teaching people that they no longer have to use their computers anymore. The functions of phones themselves are growing even as the actual size of a phone screen is approaching its natural limit. Smart phones have, in many ways, exceeded the metaphors that used to define them. Thus, in order to do more complex interactions on the screens, and to keep those interactions uncluttered, you have to strip down the design language. This is what Ive means when he talks about “bringing order to complexity.”

Some of the reviews mention design inconsistencies when talking about the icons. It’s often the first impression with iOS 7. They are right, but I need to add that what we are seeing now is a work in progress. As TNW points out, there were some communication issues between the various teams and there were multiple teams inside each group competing with various designs.

In the end, what developers can test on their devices is iOS 7 beta 1 right now. There is plenty of time until this fall, when the polished version of Apple’s overhauled mobile iOS will reach users.