According to a new report from Patently Apple, the next-generation AirPods case might double as a wireless charging dock for iPhone and Apple Watch.

Last month, Apple filed a total of 250 patents applications with the U.S. Patent Office on a single day. The latest finding was a part of those 250 applications. While the concept may be super simple, it could be very beneficial for consumers. 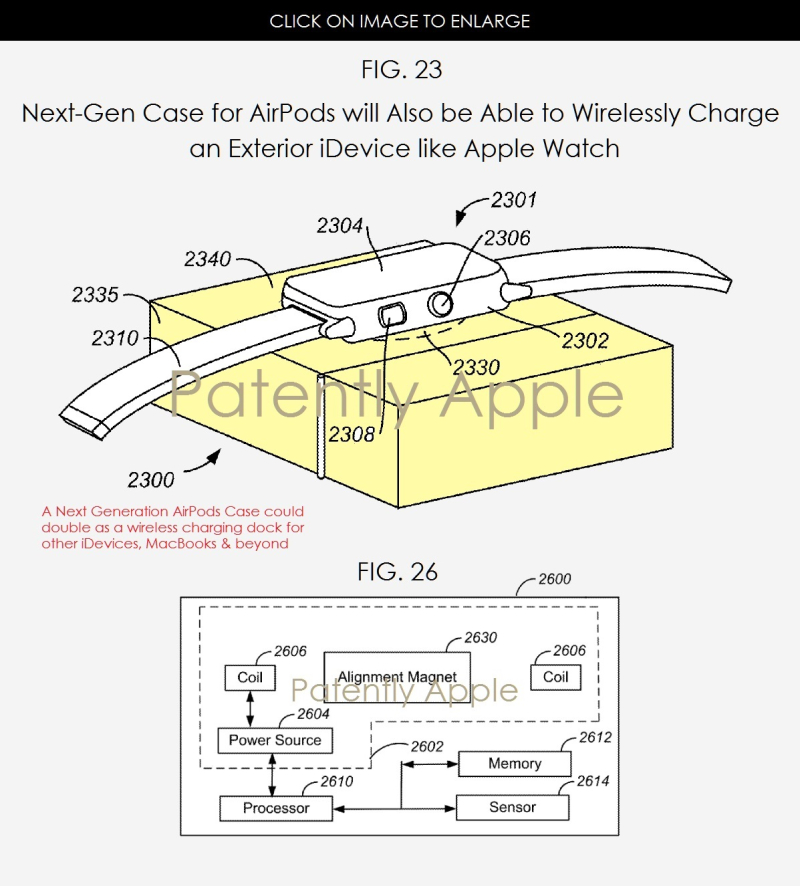 To be more specific, Apple lists the following as a method for future devices to be recharged by the AirPods case:

The patent also mentions “holographic projection systems” which could refer to a possible augmented reality device from the company.

Given that this is only a patent, it is still unclear whether this technology will every appear in a device that the company ships to consumers. Only time will tell!