Sources speaking with 9to5Mac reveal that NFL plans to launch NFL Now for Apple TV. The launch date of the app, is yet, unknown, the sources only say that it should go online sometime this week. 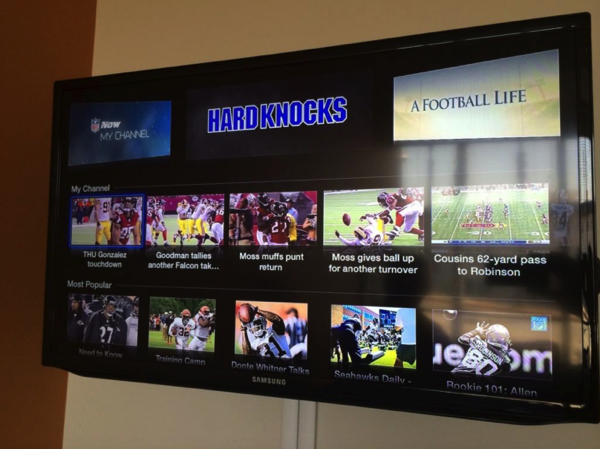 The app also allows streaming of the best plays from NFL games, including a premium ‘instant highlights’ service, access to NFL Films content, and much more.

Since fans are getting ready for the 2014-2015 NFL season, the unveiling is timely. The service is said to launch on multiple platforms later this month.

NFL Now joins the list of apps, and content already available for Apple TV. In addition, the company’s plans for its set-top-box are apparently huge, despite the backlash from cable companies. The rumour mill was generating information about a major revamp of Apple TV for earlier this year, but, as you can see, it hasn’t yet, materialized.