Nothing Announced Yet, But Apple Store Lines Have Already Started [PIC]

This is just a little silly.

Now, I’m not one to balk at people for lining up for things early. Heck, at last year’s iPhone 6 and 6 Plus launch I waited outside of an Apple store for 17+ hours, only to not get a phone. I also camp outside my local Toys ‘R Us almost monthly when Nintendo launches new Amiibo figures.

But I don’t really have a word to describe this aside from silly (ridiculous? pointless?).

We all know full well that Apple has a huge event tomorrow morning. We’ll for sure see new iPhones, we’ll probably see a new Apple TV, and we might even see an iPad, but it’s almost guaranteed that none of those things will launch tomorrow, and are likely a couple of weeks away at best.

That hasn’t stopped a Sydney resident from setting up a tent outside of their local Apple store.

Oh my. Peak Apple. Someone is queuing in Sydney before THEY HAVE EVEN ANNOUNCED ANYTHING!!! pic.twitter.com/G16X0ze8eN 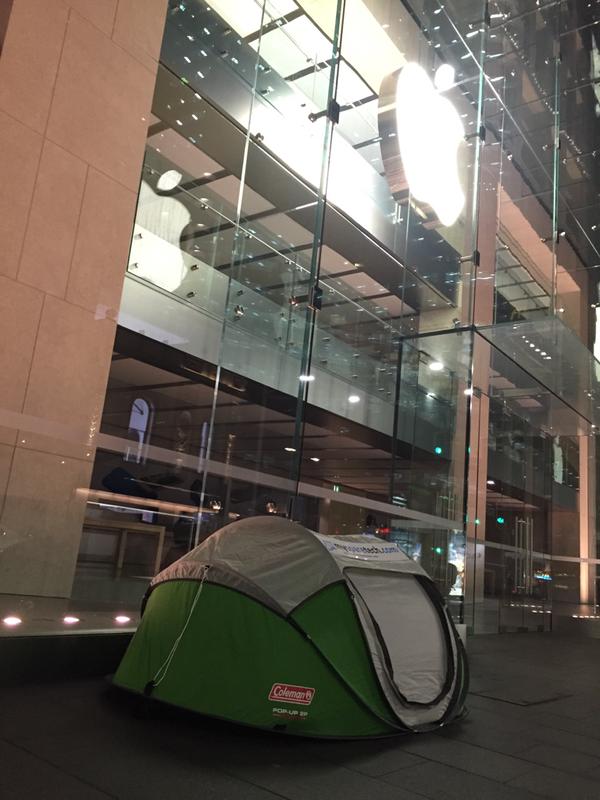 Just how long are they planning to stay there? And how can someone who has the time to camp outside of a store for weeks afford the item they’re camping for? This however, looks like a marketing stunt, based on the banner on top of the tent.

Crazy, huh? What’s the longest you’ve camped out for something? Are you planning to camp outside of an Apple store any time soon? Sound out below, and be sure to stay tuned for all of tomorrow’s ‘Hey Siri’ event coverage!

Apple’s upcoming “M2 Max” chip was once again spotted on Geekbench's database on Thursday, this time indicating a more respectable jump in performance as compared to its predecessor, the M1 Max. Last week, the M2 Max chip showed up on Geekbench with a single-core score of 1,853 and a multi-core score of 13,855. The M1...
Nehal Malik
7 hours ago