We’re about 24 hours away from Apple’s highly anticipated special event at the 7,000 seat capacity Bill Graham Civic Auditorium, and if you’re still wondering what to expect, just ask Siri, as the assistant has offered up some new last minute clues.

Apple’s event invitation had the tagline “Hey Siri, give us a hint,” which brought up some hilarious answers on the first day. Now, Siri is offering some similarly witty answers the day before the event—check them out below: 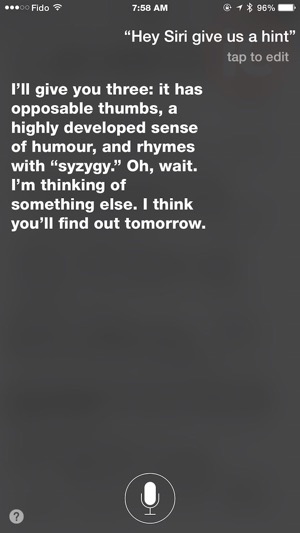 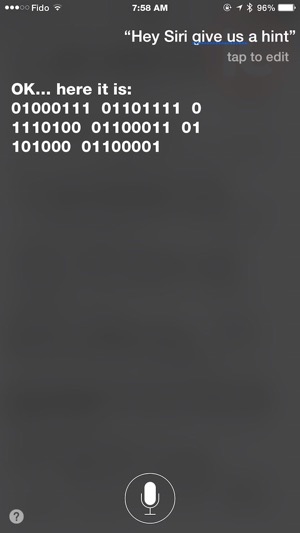 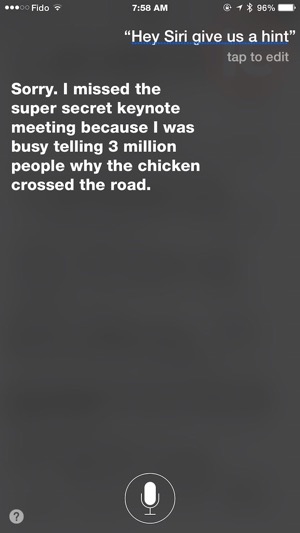 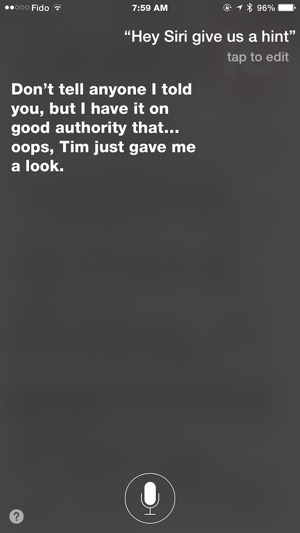 Apple is expected to announce new ‘iPhone 6s’ models, the new ‘iPad Pro’ (and iPad mini 4), a new Apple TV, plus officially announce the availability of iOS 9 and watchOS 2. Check out our expectations for the event here.