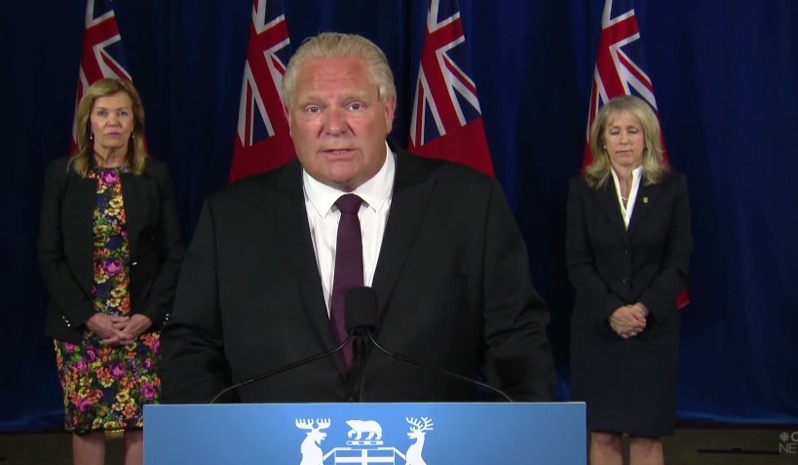 Ontario Premier Doug Ford says the delay of Canada’s COVID Alert iOS and Android app for contact tracing, is due to the federal government. The app was supposed to launch on July 2, 2020.

CBC News reports Ford told the media on Wednesday, “right now, it’s with the feds. We’re ready in Ontario.” The premier said Ontario was grateful for Shopify for stepping up and helping out in development with the app and that the province was waiting for a green light from the federal government.

When Health Minister, Patty Hajdu, was asked by CBC News why the COVID Alert app was taking so long to be released? She only could say Ottawa was waiting for bugs to be worked out and developers are “working to make sure code is working properly.”

“First of all, I want to be really clear that this is not necessarily a contact tracing app, but more an app to help Canadians get notifications about whether or not they personally have been in contact with someone who’s been diagnosed with COVID-19,” said Hajdu.

Hajdu said “we want to make sure this is ready to go in a working state,” while noting she was unable to specify a release timeline, only to say “as soon as possible” and “in coming weeks”.

The COVID Alert iOS and Android app is based on a joint contact tracing solution from Apple and Google. It uses anonymous Bluetooth ‘handshakes’ between devices and works in the background, preserving battery life. All anonymous data remains on devices and is not uploaded to a central server to ensure user privacy.