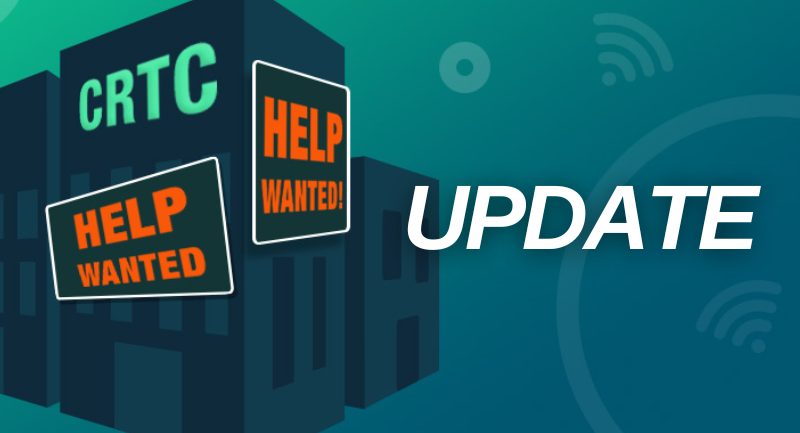 OpenMedia on Monday sent a letter to newly appointed Canadian Radio-television and Telecommunications Commission (CRTC) chair Vicky Eatrides, urging her to put competition, affordability, and the public’s needs above all else.

“In all aspects of your work, we ask that you steer the CRTC to follow the core principle that every Canadian deserves access to an open, affordable, and surveillance-free Internet — without exception,” the consumer advocacy group wrote in its letter, which you can read in full by clicking here.

Eatrides replaced Ian Scott and started her five-year term as CRTC chair and CEO on January 5. She began her career in 2000 at the national law firm Stikeman Elliott LLP and has been in the federal public service since 2005.

Eatrides has held senior positions in multiple government branches, including the Competition Bureau — where she led Competition Act enforcement — and Innovation, Science and Economic Development (ISED) Canada. She specializes in federal regulatory law.

“It’s too early to say for certain, but we’re hopeful our voices have finally been heard,” OpenMedia said on Tuesday.

“We are cautiously optimistic that Ms. Eatrides’ appointment to the CRTC will finally bring about the sweeping change to competition, affordability, and consumer choice that we’ve been waiting for.”

The public advocacy organization went on to highlight some of the “anti-consumer” decisions made by Eatrides’ predecessor in recent years.

These included Scott’s refusal to fully implement mobile virtual network operators (MVNOs) and his reversal of the CRTC’s own 2019 ruling to lower wholesale internet rates paid by independent providers to bigger players for access to their networks.

Furthermore, OpenMedia pointed out that the CRTC was one of the only government bodies to instantly approve of the still-embattled $26 billion Rogers-Shaw merger. While the Competition Bureau sought to block the deal over concerns it would raise prices and reduce competition, the CRTC gave it the all-clear and said it was “in the public interest.”

OpenMedia is hopeful that Eatrides will reform the CRTC and rectify the direction it was headed in until now.

Last month, OpenMedia sent the Senate 104,000 signatures opposing Bill C-11 (aka the Online Streaming Act), which seeks to give the CRTC regulatory authority over online streaming platforms like YouTube, Netflix, and others.

Michael Tobin has shared a new video on his YouTube channel, comparing the new M2 Mac mini, which starts at $799 in Canada, with the Mac Pro worth $13,000. Tobin calls it the "DaVinci Resolve Battle” as he uses the professional video-editing software to gauge the performance of the two machines. For those who aren’t...
Usman Qureshi
57 mins ago