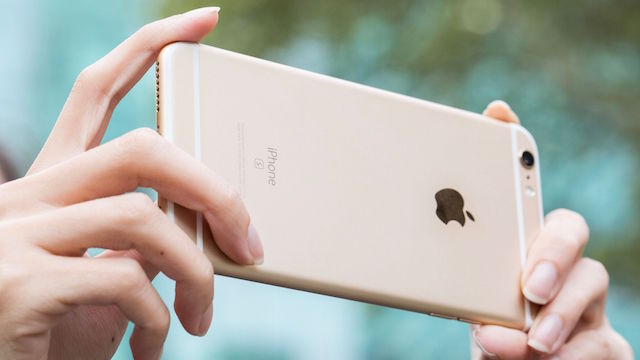 Pegatron stopped hiring workers for its iPhone 6s manufacturing plant in Shanghai in mid-October (via AppleInsider), and partially halted production due to slow sales of the latest models, according to a fresh report from China. Pegatron is allegedly responsible for about 40% of iPhone 6 and iPhone 6s assembly orders, industry sources say (via BrightWire).

In a separate report published on Barron’s, Pacific Crest’s John Vinh and his team have shared their note to investors in which they paint a shady future for Apple’s Q1 2016 iPhone sales. According to their metrics, iPhone sales are declining meaningfully on a year-over-year basis, while inventories of iPhone 6s units continue to build.

Vinh writes that iPhone 6s inventory on a days-of-inventory (DOI) basis is already at levels unseen since three months after the launch of the iPhone 6 – the 6s came out just a month ago, and he thus sees increased risk to Apple suppliers.

Apple CEO Tim Cook, on the other hand, has warned observers that reading things into supply chain news is a mistake they should avoid, as the chain is very complex. In a recent interview with Mashable, Apple SVP of worldwide marketing Phil Schiller emphasized this fact once again: Apple doesn’t share where it gets its parts, because it doesn’t source parts from a single supplier and partnerships can change.

Also, it is worth mentioning Apple’s guidance for the current quarter: The company projects revenue between $75.5 billion and $77.5 billion, which compares to Apple’s best historical quarter (Q1 2015), when the company reported revenue of $74.6 billion and record iPhone sales of 74.5 million.