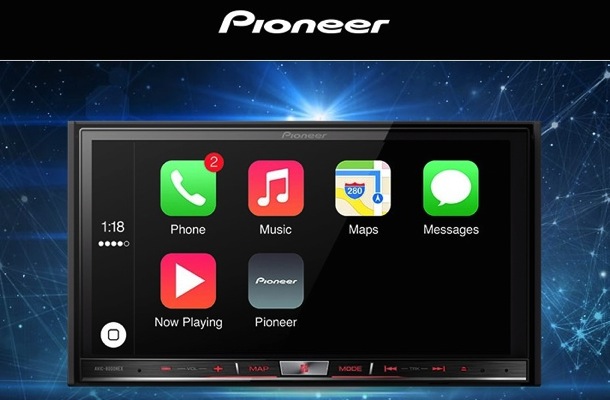 Last month, Pioneer announced the availability of its CarPlay aftermarket in-dash systems for U.S. as well as Canadian customers, adding that the functionality will arrive in the summer of 2014 via a firmware update to its existing five NEX in-dash multimedia receivers. Now, the company has provided a demonstration of Apple’s CarPlay interface on its NEX infotainment system, showcasing the technology in San Francisco (via MacWorld). 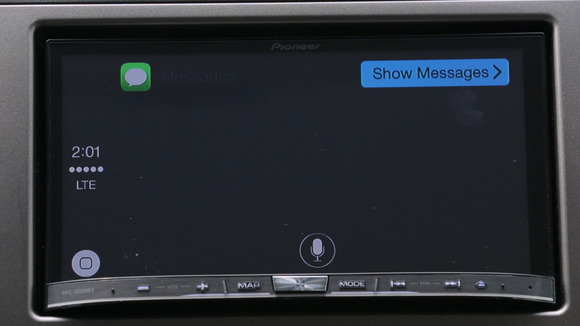 Testing on a Pioneer AVH-8000NEX system, the source details that navigating the CarPlay icons for phone, map, music, and messaging functions was fast and responsive. The display showed a home button just like the one on an iPhone, to get back to the main screen. Of course CarPlay isn’t a final product yet so, a number of bugs were also observed, such as the ambient noise was found to distract Siri.

“We also saw more of Siri’s integration with CarPlay. Ted Cardenas, vice president of marketing for Pioneer Car Electronics, showed on a demo iPhone how Siri could read or send a text message to a contact, or place a phone call. You could use just Siri to control CarPlay and never have to touch a screen at all, which could cut down significantly on driver distraction.

Cardenas said that as the CarPlay technology continues to undergo tweaks, Siri will acclimate to your car’s sounds—the whoosh of the air conditioner, the hum of the engine (the sound of your kids bickering in back?)—and learn to distinguish your voice from everything else.”

CarPlay is currently compatible with the iPhone 5, iPhone 5s and iPhone 5c. Apple has already updated its CarPlay page to indicate third party aftermarket systems from Alpine and Pioneer will support the feature.