Back in September, Pluto TV announced it would be launching in Canada in December and as of today, the free ad-supported streaming TV service is now live.

This new Free Ad-Supported Streaming Television (FAST) service is from Paramount Global, with Corus Entertainment Inc. as its Canadian partner. Pluto TV says it is the world’s leading FAST service that just hit 72 million active users in Q3, with Paramount noting it is expected to reach 120 million monthly users before 2025.

Pluto TV tag line is “stream now, pay never”, as the service includes free dedicated TV channels that can be viewed without signing up or logging in. The launch of Pluto TV in Canada includes a curated library of over 100 channels and 20,000 hours of content on demand.

“I am thrilled to officially introduce Pluto TV to Canadian audiences, bringing them a fantastic lineup that combines the best of Corus’ Canadian content, Paramount’s deep library and more than 100 third-party partners. The union of Pluto TV and Corus delivers the best of both worlds, debuting a free streaming destination for fans, and creating opportunities for advertisers, offering a premium inventory in a brand safe TV environment,” said Olivier Jollet, Executive Vice President & International General Manager for Pluto TV, in a statement to iPhone in Canada.

“This year has marked tremendous growth for Pluto TV, having expanded to the Nordics in May and now to Canada. As we are now in more than 30 countries and territories, we are one step closer to our mission to entertain the planet,” added Joliet.

According to Corus, there are 35 Canadian channels, 14 live news channels and 2,500+ hours of Canadian series across various genres, including home and renovation, food, drama, kids and more. 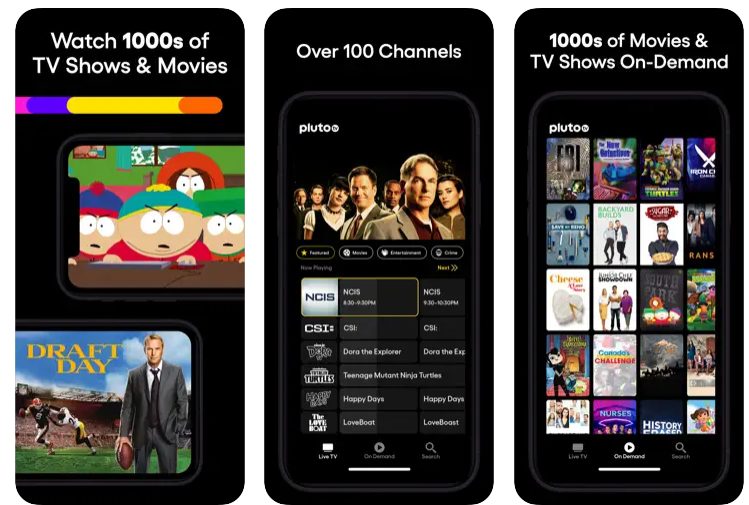 “The debut of Pluto TV marks the next evolution of streaming in Canada, as Corus celebrates the launch alongside Paramount Global as partners in both content and ad sales,” said Troy Reeb, Executive Vice President, Broadcast Networks, Corus Entertainment, to iPhone in Canada.

“Corus is home to Canada’s biggest portfolio of original content in the food and lifestyle space, and the stories that connect with Canadians where they live through Global News. Our strategy has always been rooted in placing more content in more places, and Pluto TV further advances this goal. We are also thrilled to expand our offering for advertisers with the addition of Pluto TV’s huge inventory of premium video,” said Reeb.

There are six Home and DIY channels featuring Canadian household names like Bryan and Sarah Baeumler, Sarah Richardson, Sebastian Clovis and Scott McGillivray, along with four Food channels featuring Canadian celebrity chefs Anna Olson and Lynn Crawford. Five Kids Channels include Canadian shows such as Max and Ruby and Franklin, plus classics such as Degrassi: The Next Generation, and 14 national and local news and opinion channels including Global News.

Essentially, cord-cutters that were tired of paying to watch TV with ads, can now do so again–but for free.

How to watch Pluto TV in Canada? It’s available on the web at pluto.tv, plus there’s the Pluto TV app for Apple TV, Amazon Fire TV, Roku, Android TV, Chromecast, Samsung and LG devices, and mobile apps on the App Store and Google Play.