Are you addicted to Pokemon Go yet? The world’s most popular mobile game, despite not being available in Canada officially yet, is very popular here still.

If you’re in Toronto, the PokemonGoToronto subreddit has created a crowdsourced Google Map, which lists all the Pokemon, Pokestops and gyms (I have no idea what this means). 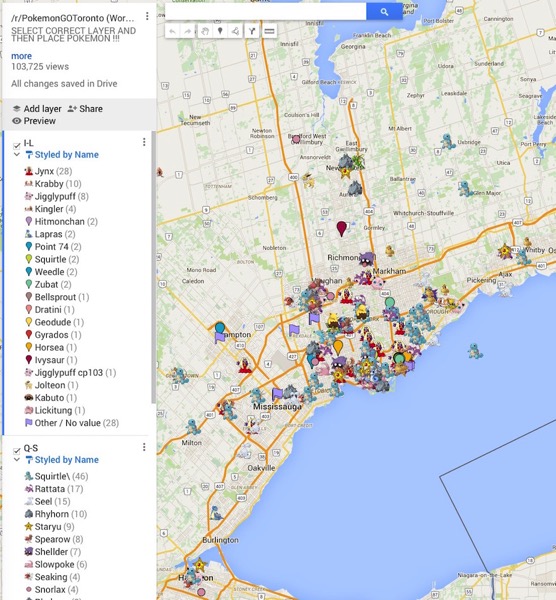 Instead of venturing around the neighbourhood hunting for the top Pokemon Go spots, you can utilize this helpful map to boost your game and get some major gains over your friends.

On a side note, I finally installed the game yesterday and caught my first Pokemon ever, which happened to be in our living room (my life is now complete).