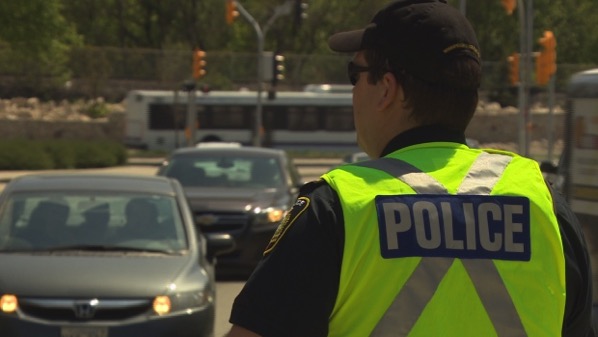 Police in the Greater Victoria area estimated that they issued 100 tickets to drivers on Thursday.

The large increase in tickets that were handed out was due to a distracted driving safety blitz by the Integrated Road Safety Unit and Victoria and Saanich police. At the intersection of Quadra Street and McKenzie Avenue, an intersection that has a high crash rate, police issued about 40 tickets.

“Some people are just completely open and they’re sitting there with the phone right to their ear. And others are sitting there looking at their laps, and it’s clearly evident they’ve got their cellphone. When our officers walk up and look in the window, they’re completely oblivious to what’s happening around them, not knowing that a police officer is right outside their window and they’re looking down at their phone.”

The blitz shouldn’t have come as a surprise for drivers because both police departments tweeted about it on Thursday morning.