Whatever the name of the 5.5-inch iPhone 6 will be, it will have a 2,915 mAh battery, according to a new set of images leaked by French site Nowhereelse. The pictures follow yesterday’s video of the alleged iPhablet rear shell. 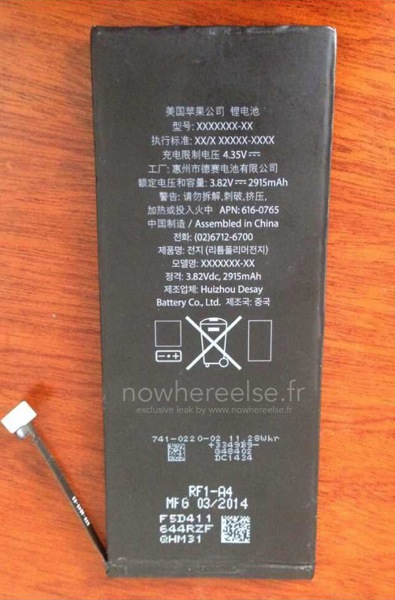 As you can see in the above image, the battery will allegedly be provided by the Chinese company Desay Battery, a supplier that has been rumoured to have won a contract for the iPhone 6.

The battery shown here is similar to what we saw back in August leaked by Taiwanese sources. While we cannot confirm the authenticity of any of those batteries, if these are legitimate, the 5.5-inch iPhone 6 will have almost double the power of the iPhone 5s. What we have to note here, though, is that the battery is a prototype, as it contains placeholder text. 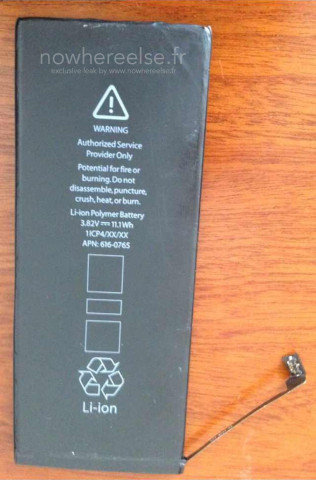 Apple’s iPhablet production has been reportedly hit by issues, and one of them was related to the battery. The handset is rumoured to be only 7.1 mm thick, which creates a challenge for battery manufacturers, but as we can see in the image leaked by Nowhereelse, the supplier has managed to solve the bottleneck. Or is this one of the units rejected by Apple?

We will find out in just seven days.