A new leak from Taiwanese publication Apple Daily claims (via Macotakara) it has been told the next name for Apple’s next-generation larger 5.5-inch smartphone: the iPhone 6L (insert #WTF here).

Here we see images of an alleged 5.5-inch iPhone 6 display being held in someone’s hand for reference: 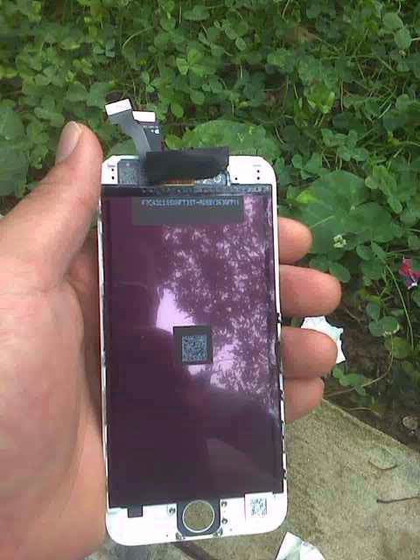 Images also were posted of the alleged iPhone 6 logic board, this time with a clearer view, allowing us to read the text of what appears to be NAND flash memory from Toshiba: 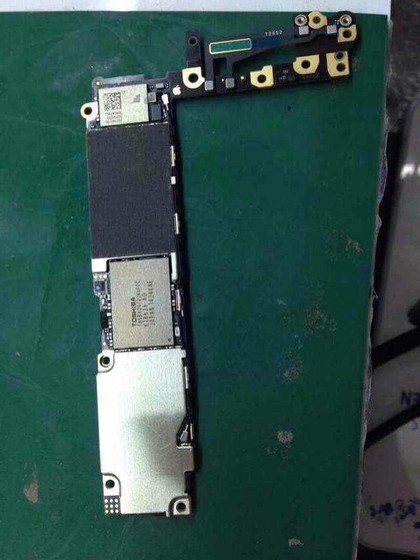 Underneath this square EMI shield is where many suspect would house the next generation A8 chip: 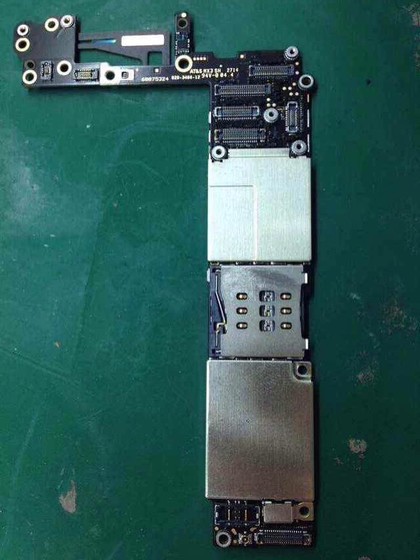 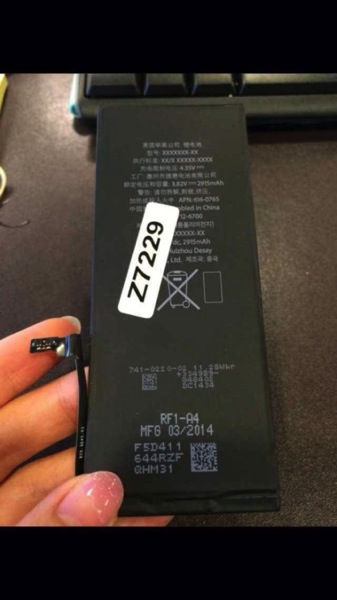 This smaller battery supposedly belongs to the 4.7-inch iPhone 6 model and it shows a capacity of 1810mAh (the iPhone 5s has a 1560mAh battery), with a manufacture date of July 2014 by Desay, which was rumoured previously to produce batteries.

A closer look at this image reveals it’s not new—it’s just a cropped image of a previous leak from July: 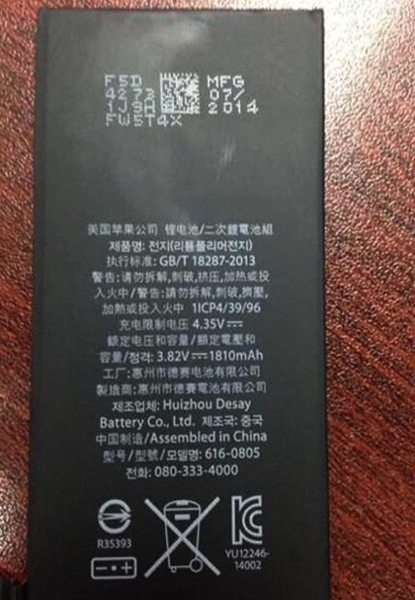 iPhone 6L? I’d be surprised if that was the actual name, as the ‘coolness’ factor just isn’t there. But then again, iPhone 5c wasn’t exactly a home run either. As for these increased battery sizes, I’d like to see how well the public release of iOS 8 (actually make that iOS 8.1) handles battery life (betas aren’t a good way to judge).

The iPhone battery has remained a soft spot for users, as it hasn’t exactly performed the greatest compared to larger smartphones from competitors, which is why Samsung continues to target Apple’s Achilles heel. But that will surely change once larger iPhone 6 models are released this fall.