How far should a Quebec school board’s cellphone policy go? According to 15-year old Quebec teen Vincent Duguay, he believes they are too tough, which is why he sent a cease-and-desist letter to the Saguenay-Lac-Saint-Jean region school board, reports The Canadian Press.

Duguay hand-delivered his legal letter to the school board last week, where he says the policy which allows a student’s cellphone to be confiscated for up to 24 hours, is “unconstitutional.” 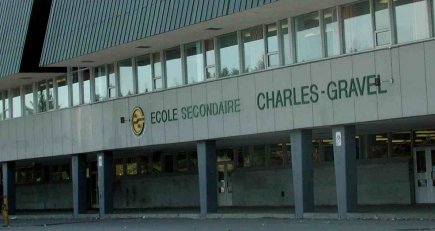 The teen’s father, Benoit Duguay, told Radio-Canada’s Saguenay station his son has never had his cellphone confiscated, and that he has no issue with the policy banning smartphones in the classroom.

However, the teen’s father believes the confiscating of a cellphone over a longer period of time is unreasonable, saying “There shouldn’t be a prejudice against the kids if they’re caught.”

Benoit recalled how one of his son’s friends had his cellphone taken away by the school, and was fired from his job because his employer was unable to reach him. Other issues at stake involve security, if students aren’t able to use their cellphones.

While the elder Duguay says no legal action is coming towards the school board, he says he wants the policy changed. The letter has been shared and discussed widely in Quebec over the past week.

Claudie Fortin, a spokeswoman for the Rives-du-Saguenay school board, said in a statement cellphone policies are set by individual schools in different areas, noting it’s the first time a cellphone complaint has been received.

“We will reply directly to him in the coming days,” Fortin added, noting the letter was now in the hands of the school board’s lawyers.

The Toronto School Board, Canada’s largest school board, had previously banned cellphones in schools but reversed the policy in 2011, realizing an outright ban was next to impossible, and now encourages the use of technology in the classroom, where appropriate.

Such policies are advocated by some researchers and educators, as they note students will find ways to sneak cellphones into the classroom regardless of rules.

Lately, some have pushed for Apple to make iPhones less “addictive”, suggesting the device is to blame instead of human actions and decisions.

What do you think? Ban cellphones in schools or integrate them into the classroom?

Amazon announced an all-new Alexa experience built just for kids today, with the launch of Echo Dot Kids. Echo Dot Kids come with Owl or Dragon designs and a 2-year worry-free guarantee. If your speaker breaks, Amazon will replace it. Also included are parental controls (time limits; explicit lyric filtering) and one year of Amazon […]
Gary Ng
53 mins ago