RBC has announced this morning its Rewards program has expanded its Apple product line up to include iPhones, Macs and more. But what’s interesting with this announcement is customers can now redeem for products the same day they’re launched from Apple both in-store and online.

Users just need to login to their RBC Rewards Account, click on ‘Redeem’ and browse the Apple Rewards Catalogue, add items to cart, then checkout. Rewards can be redeemed with points only, or a combination of points and an RBC Royal Bank credit card. 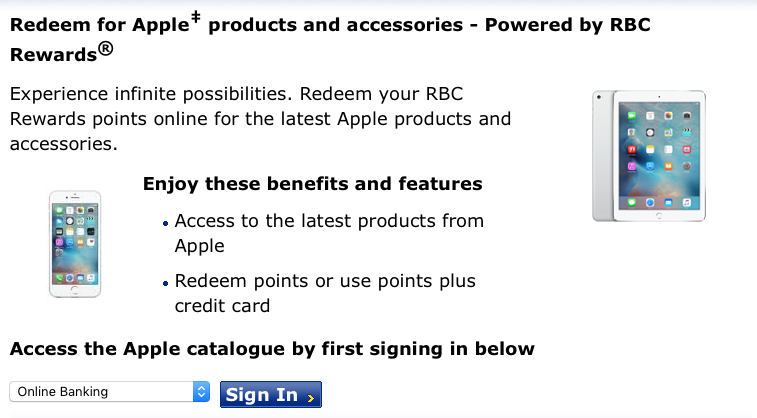 Athena Varmazis, vice-president, Global Loyalty Programs and Rewards, Royal Bank of Canada, said in a statement “We’re thrilled to offer a seamless Apple experience to our clients through RBC Rewards,” adding “By working with an innovative company like Apple, we’re helping to give our clients the choice and flexibility to redeem points for the products they love that suit their tastes and lifestyles.”

Currently, RBC says the following products are available from Apple:

We’ll update this post with specific models available soon. Stay tuned.
Update: Below are screenshots RBC emailed us to give you an idea of what’s available and the layout of the site–which the bank says has 1,200 Apple products available: 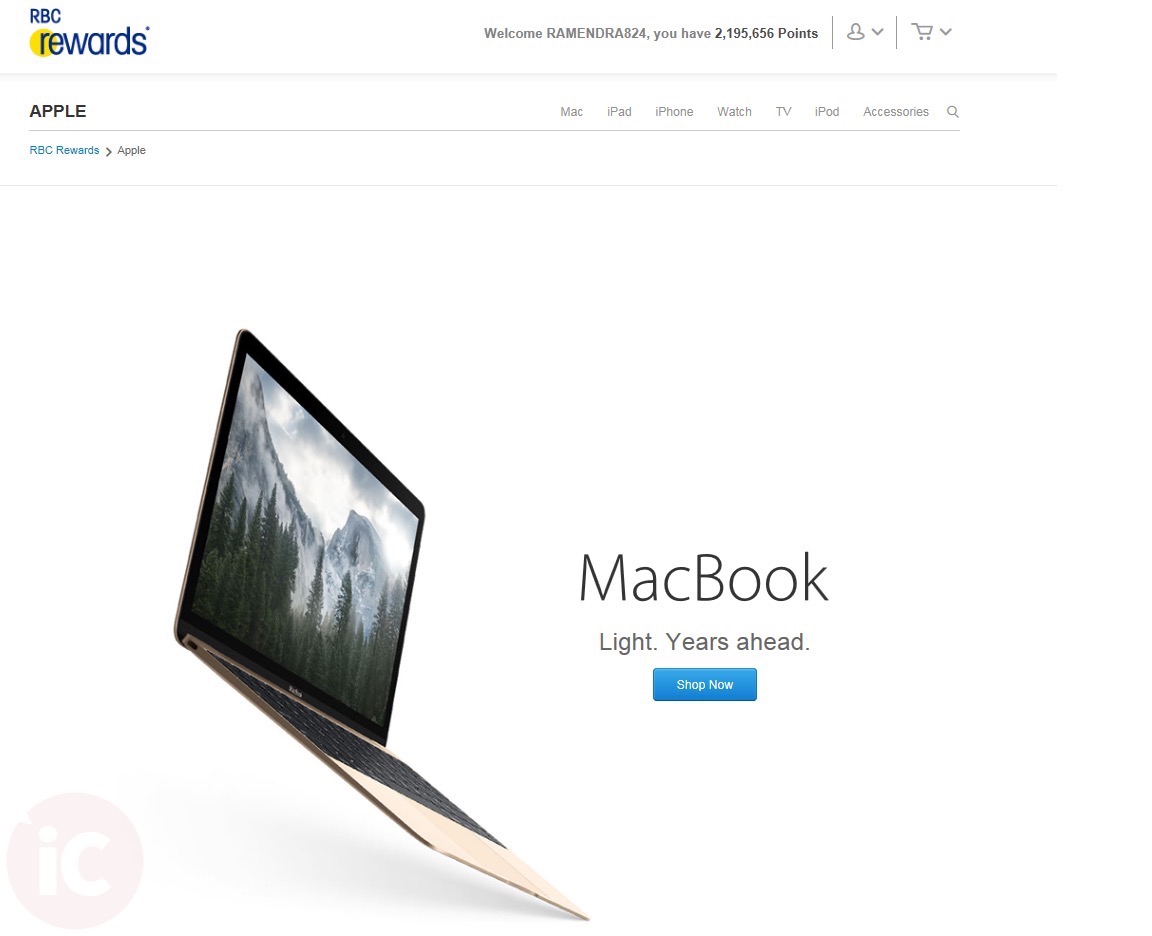 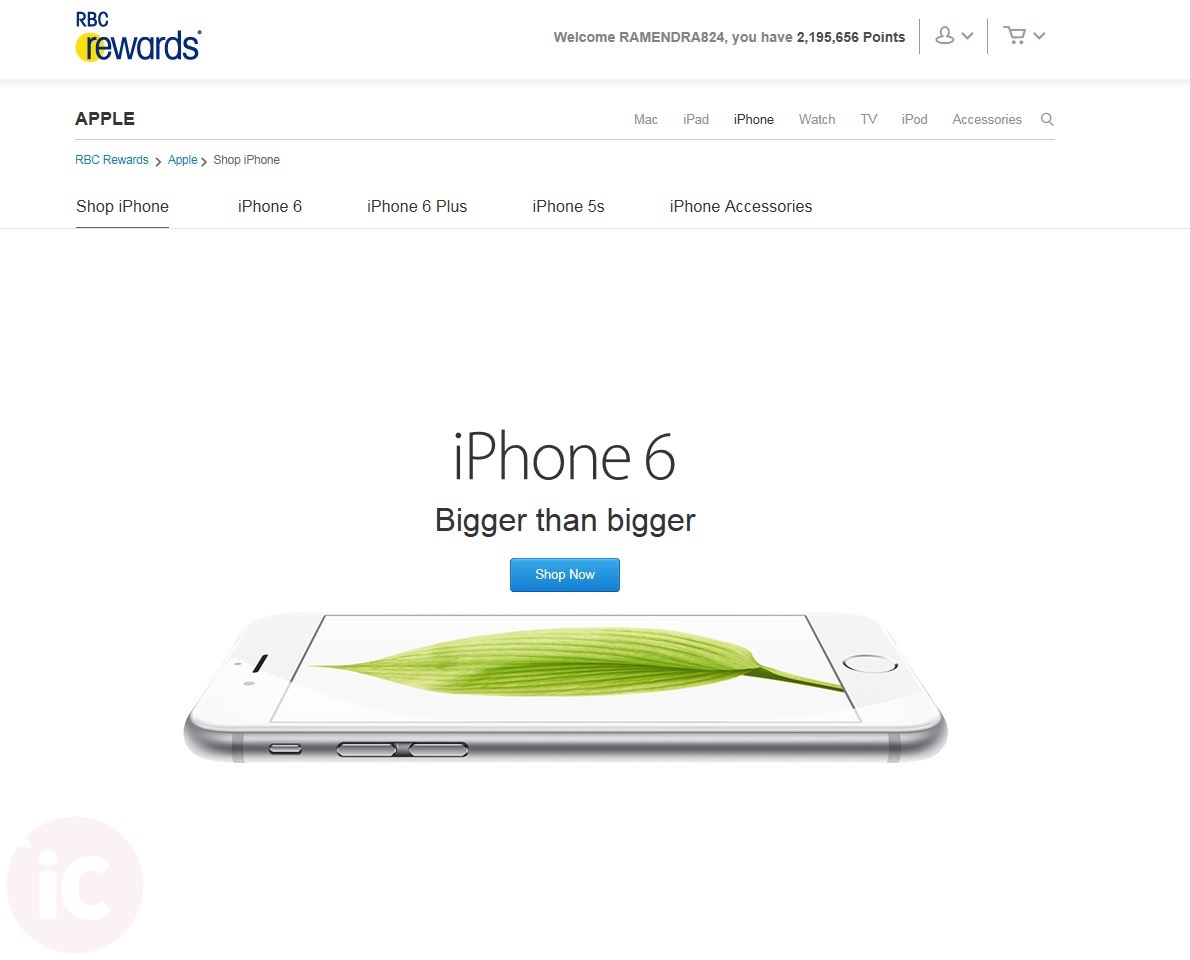 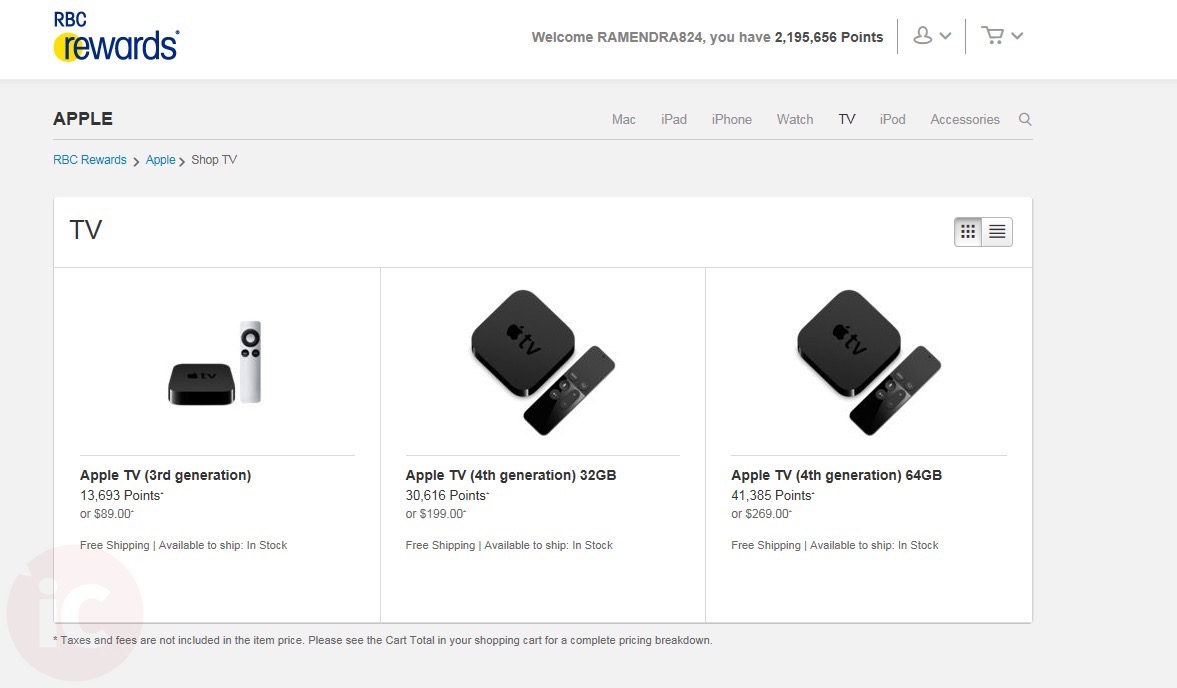 This is not the first time RBC Rewards has offered Apple products, as we’ve previously told you about some points promos on iPad and Apple Watch Sport. But the ability to get new products on launch day using your points, instead of waiting for them to appear months later in the catalogue may be of interest to Rewards members.