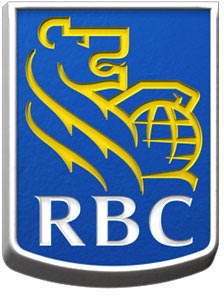 The Royal Bank of Canada (RBC) has today announced the launch of its RBC Secure Cloud mobile payments service, the first of its kind technology that will allow Canadians to pay more safely and securely for purchases using their mobile devices (via Canada Newswire). Since all the sensitive client data is kept securely with RBC in the cloud and not on the smartphone, RBC Secure Cloud becomes a safer, faster and more flexible solution.

With RBC Secure Cloud, the data is transmitted encrypted and decoded locally on the client’s mobile device. The clients are also protected by the existing Zero Liability Policy for Interac, Visa and MasterCard. Initially focused on Near Field Communication (NFC), the RBC solution is flexible and can support new technologies such as bar or QR codes, or other standards, and allows offline transactions.

“We have designed a mobile payment solution that offers a better client experience and increased security than has been previously available, while meeting industry standards,” said Linda Mantia, executive vice-president, Cards and Payment Solutions, RBC. “The result is a solution that offers benefits and options to everyone in the payment ecosystem.”

“We understand the importance of security to our clients and make safeguarding their personal information our highest priority,” said Paul Gerics, vice-president, Information Security at RBC. “RBC Secure Cloud is being built with the highest security standards in mind. We employ a diverse range of technologies and security mechanisms to help ensure the safety, confidentiality and integrity of our client’s information and transactions.”