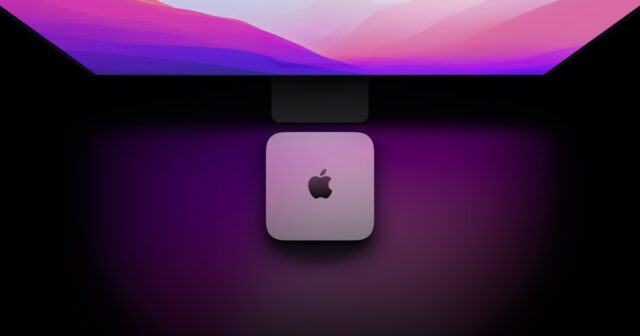 Code referring to an unreleased Mac mini has been spotted in the latest Studi Display firmware. This has strengthened the belief that Apple may be looking at releasing an updated model sometime this year, as reported by MacRumors.

On Twitter, Developer Steve Troughton-Smith discovered a Mac mini reference within iOS 15.4 for Studio Display. There reference in question had a model identifier code associated with it pointing to “Macmini10,1.” This code does not correlate with an existing Mac mini product.

The rumor mill is a little unclear as to what new Macs are imminent; for what it’s worth, there is one concrete clue: the shipping Studio Display firmware references one unaccounted-for mystery machine — a new model generation of Mac mini (“Macmini10,1”). My guess: M2, not M1 Pro

This isn’t the first time it’s been indicated that Apple could release a new Mac mini this year. Earlier in March, Apple analyst Ming-Chi Kuo stated that a high-end Mac mini refresh may be in development. However, the likelihood of it releasing in 2022 was slim. The analyst believes that the new model will replace the current M1 Mac mini with the updated M2 chip in 2023.

Additional reports appear to back up the claim that the next Mac mini will indeed utilize the M2 chip. It was said that Mac mini updates with the M1 Pro and M1 Max may have been in development before plans were scrapped. Reports say that the plan was revised by the introduction of the Mac Studio.

It’s anyone’s guess as to why code would be referring to this new Mac mini model so early if the plan is to launch it in 2023. That said, it is a pretty good indicator that one way or another, Apple does have more imminent plans to refresh the current Mac mini that’s available now.

Apple's VP of Platform Architecture and Hardware Technologies Tim Millet and VP of Worldwide Product Marketing Bob Borchers recently sat down for an interview with TechCrunch where the pair talked about the tech giant's homemade M-series chips, gaming on Macs with Apple silicon, and more. Millet, who has been at Apple for almost 17 years and...
Nehal Malik
53 mins ago