Apple just kicked off its iPhone 8 and iPhone 8 Plus pre-orders after midnight, while also launching sales for Apple Watch Series 3 and Apple TV 4K.

If you don’t want your new iPhone 8 or Apple Watch Series 3 shipped to your door, and you have an Apple Store in your area, an option for Reserve and Pickup is available for these two products, saving you the hassle of lining up at stores.

For iPhone 8 or iPhone 8 Plus and Apple Watch Series 3, just click on the “Reserve Now” link on the web: 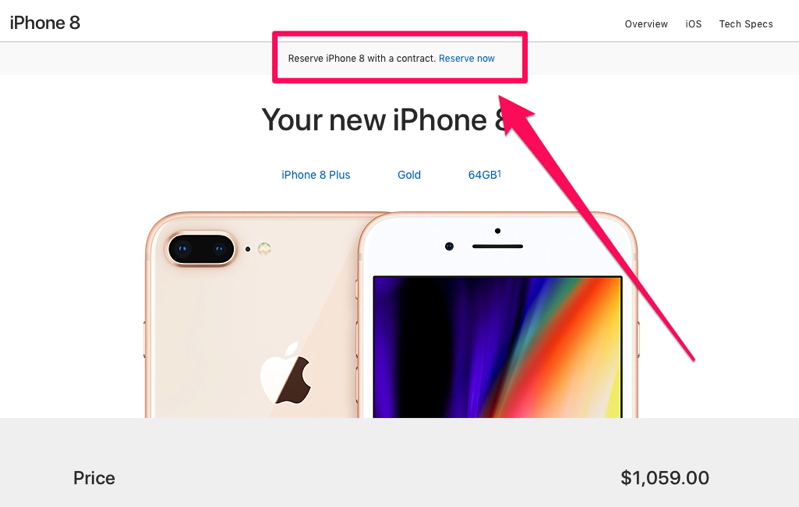 This will take you through steps to pick out your device and your local Apple Store, where you can just head there on September 22 for pick up.

This is a good sign iPhone X may also have reserve and pickup in Canada when pre-orders begin on October 27.

Click here to visit the Reserve and Pickup link for iPhone 8 and iPhone 8 Plus.

For Apple Watch Series 3, on the web on Apple.ca, you should see an option for pickup, once you select your configuration: 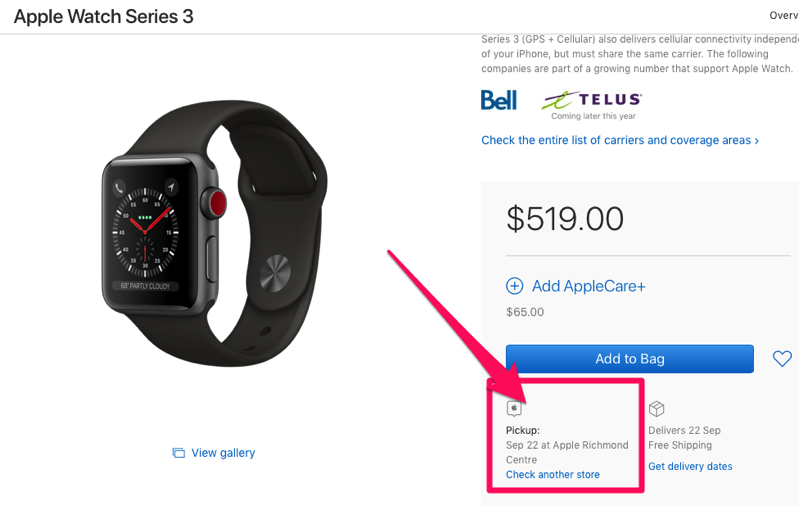 This reserve option for iPhone 8 and Apple Watch Series 3 is also available within the Apple Store iOS app.

Let us know if your reserve and pickup option was successful tonight!