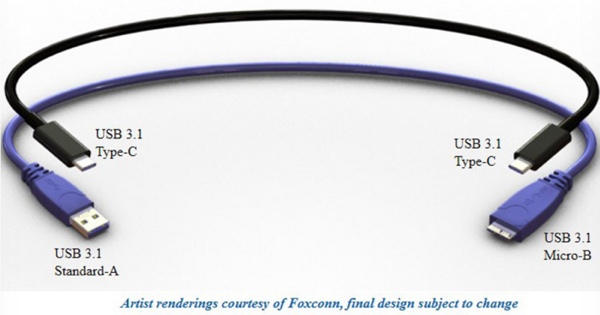 The Verge reports that the upcoming Universal Serial Bus (USB) 3.1 specification, an update to the current USB 3.0 specification, will be reversible just like Apple’s Lightning cable. The new cable will include a new “Type C” connector and will offer a throughput of up to 10 Gbit per second.

The design was originally announced in December 2013 and was said to be smaller than the current USB 3.0 cables, similar to the size of a Micro USB plug.

The reversible design aims to replace both USB and Micro USB cables with one cable that can be used from any direction. The new specification will allow computer manufacturers to make their laptop designs even thinner, thanks to a much smaller port. 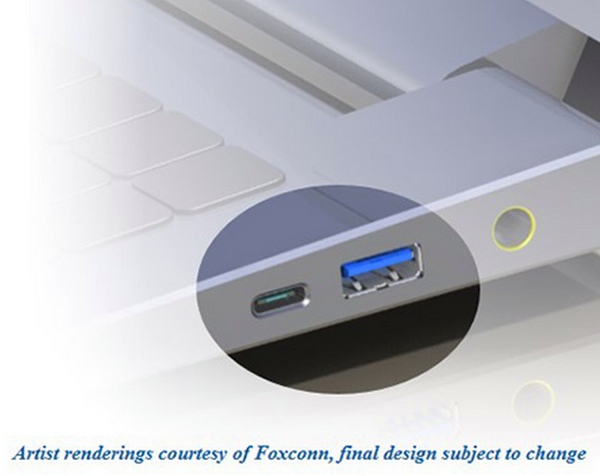 The cable’s design has not yet been completed, but the final specification is set to be released in July 2014.

Apple first introduced their reversible Lightning connector alongside the iPhone 5 in September 2012. The iPhone 4S is the company’s last product that uses the 30-pin dock connector.

Netflix has announced today they are rolling out the ability to great game handles, which are public usernames that can be used across the company’s slate of mobile games on iOS and Android. Supported games will have leaderboards such as Rival Pirates, Dominoes Café and Lucky Luna. How to create your Netflix game handle? It’s […]
Gary Ng
60 mins ago