Rogers has sent out an email to its customers teasing “anticipation like never before” for what it describes as the newest LTE device set to debut in September:

The most-anticipated new LTE device of the year is coming this September. And only Rogers subscribers will have the speed to make the most of it, because Rogers LTE has the fastest speeds in more places with up to 150 Mbps.* Also Rogers gives you and your business a faster wireless experience no other provider can match. 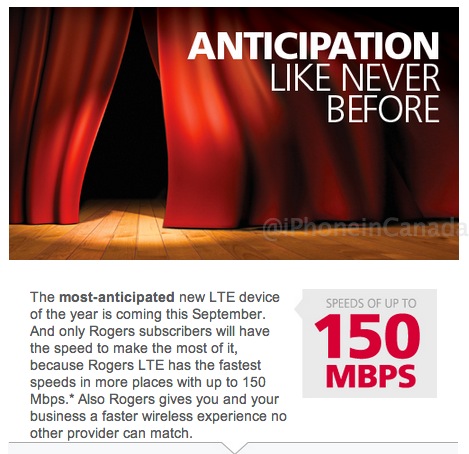 The timing of the email, which was sent out just past 12 noon PDT today, most likely hints at Apple’s upcoming iPhone event scheduled for tomorrow. As for the mention of LTE speeds up to 150Mbps, that could corroborate previous speculation the iPhone 5S is set to launch with LTE-Advanced.

Back in July, reports cited South Korea’s SK Telecom was in talks with Apple to launch an LTE-A compatible iPhone.

Currently, the Rogers LTE network already supports 150Mbps on its ‘LTE Max’ network, which runs on the 2600 MHz band.

At last year’s iPhone 5 event, Rogers, Telus and Bell along with their subsidiaries were noted at the keynote to support LTE in Canada. If Apple is set to announce LTE-A with the iPhone 5S, our carriers look like they are ready to support faster download speeds and could very well be shown on stage again.

Is this fuel to the fire the iPhone 5S will launch with faster LTE-A download speeds?

Update: Rogers has also sent out mailers teasing the same thing (thanks @JokerEh): 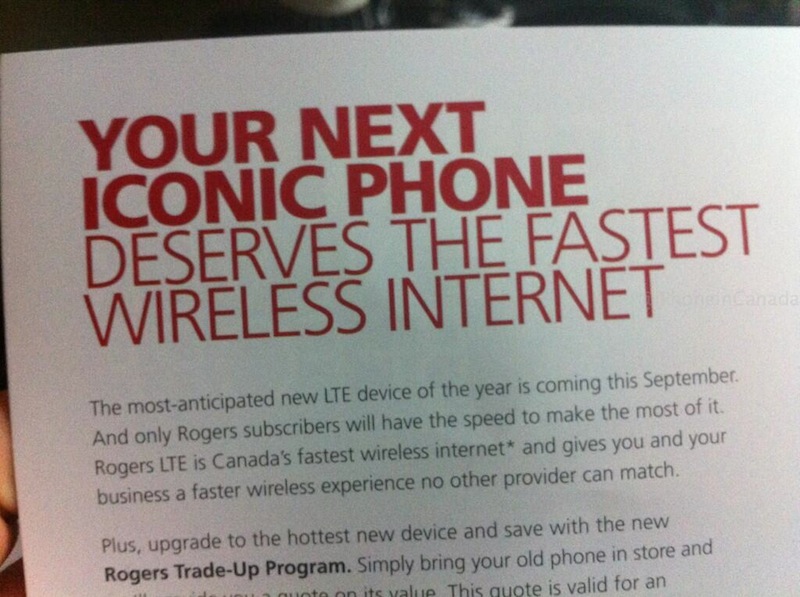