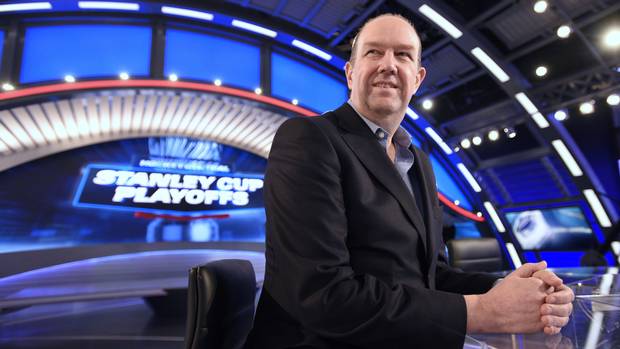 According to a new report from The Globe and Mail, Rogers CEO Guy Laurence expects a reasonable return over the life of the NHL contract, despite its hefty price tag.

Rogers sealed a deal to grab the rights to NHL broadcasting in Canada for 12 years for $5.2 billion. As the first season enters its final games, the CEO says that the company made enough money on the inaugural campaigns to forecast a reasonable return over the life of the contract.

The expansion in the number of games offered on national television, as well as the experiments with the new camera angles and new mobile platforms, have driven its sports network to the best ratings in its 17-year history.

The number of Canadians who tuned into a game on TV or on mobile is up two percent to 28.8  million. In a statement, Laurence said:

“Categorically, we will make a 10-per-cent margin this year and the deal has been profitable for us. And given it’s our first year and we’ve learned a lot and all the rest of it, I don’t see why it won’t be profitable ongoing.”

Several analysts are skeptical about the extent to which the NHL contract could help the other areas of Rogers’ business. Laurence also acknowledged that the company has fallen behind when it comes to customer service.

“Under his tenure, Rogers has launched a renewed effort to overhaul myriad back-end processes and improve the customer experience. Yet Telus made this a strategic focus in 2008 and now benefits from remarkably low customer turnover rates. BCE also turned its attention to the issue in earnest before Rogers.

Mr. Laurence agrees there is little direct link between hockey and customer service. But he notes that a recent report showed Rogers reduced its complaints by 20 per cent over the six months that ended Jan. 31.”

In a statement, Laurence said:

“I’m proud of what [Sportsnet has] delivered. We didn’t just take what we were given and replicate the status quo. We set out to change things in the way that we broadcast the game, scheduled it, presented sets.”

Even though the number of Canadians who tuned into an NHL game is up 2 percent, Rogers will need to draw even more fans to help make its $5.2 billion contract pay off.