According to NPD’s Weekly Retail Tracking Service, Roku TV is currently the no.1 Smart TV operating system in the U.S. and Canada. Roku TV held 38% of the market share in the US and 31% in Canada, based on available data from January 5 through December 26, 2020. 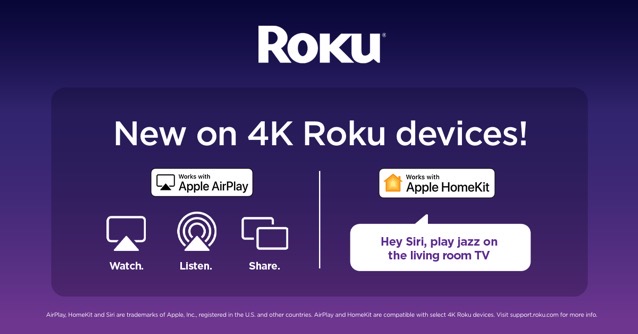 Millions of Roku TV models were sold in the U.S. and Canada across thousands of retail stores during the period, offering consumers hundreds of models to choose from in a range of sizes and picture quality options, ranging from 24-inch HD to 75-inch 4K HDR models.

“We are proud to power the smart TVs that are most frequently purchased in the United States and Canada. Every day we work to ensure our customers have the best TV experience and that means – ease of use, choice, endless entertainment and great value,” said Roku SVP Mustafa Ozgen.

Roku TV models are available from more than 15 TV OEM brands and today can be found in the U.S., Canada, UK, Mexico and Brazil.