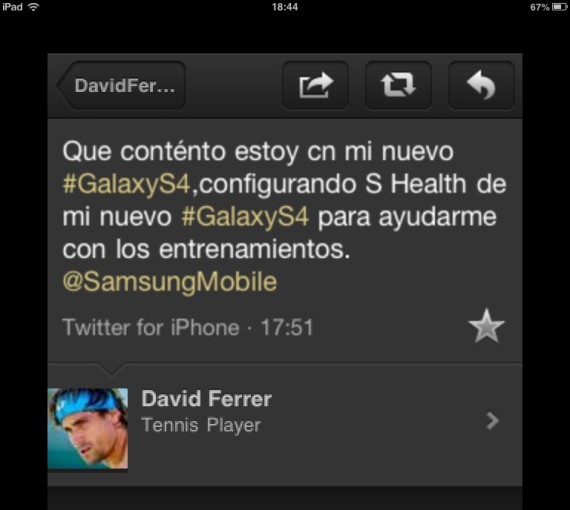 David Ferrer, a Spanish tennis player tweeted to his 360K followers his love for the Samsung Galaxy S4. But there was a tiny little problem: he accidentally used his iPhone instead of the Samsung device.

The mistake was spotted almost immediately and the tweet was deleted and replaced, but not before the message was reported by the Spanish Edition of the Huffington Post (via AppleInsider).

Samsung is a sponsor of the Mutua Madrid Open tennis tournament beginning this weekend.

Does this situation sound familiar? A similar thing happened with Alicia Keys, BlackBerry’s new spokesperson, who said during the BlackBerry 10 event that she has broken up with her other phone (you can guess what it was) and now exclusively uses a BlackBerry. Turned out she has been posting from her iPhone.