Earlier today, renders of Samsung’s much anticipated foldable smartphone were leaked all over the internet and just now, the South Korean company has made the product official at its Galaxy Unpacked media event in San Francisco, California, calling it the ‘Samsung Galaxy Fold’. 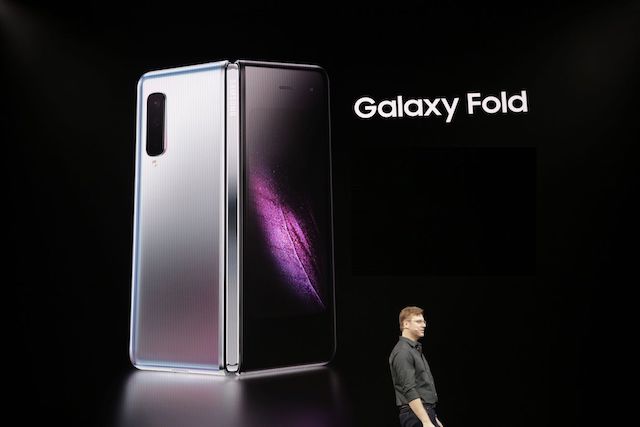 As expected, the uniquely folding Galaxy Fold features a 7.3-inch Infinity Flex Display that allows the smartphone to have a tablet-sized screen that can be folded to fit into a pocket. The device will go on sale April 26th, starting at $1980 USD (or roughly $2,607 CAD), and will be available in both LTE and 5G versions.

According to The Verge, the Galaxy Fold’s main display runs at 1536 x 2152 resolution, and when it is folded, a smaller 4.6-inch display is used for the phone mode running at 840 x 1960 resolution. It has 512GB of Universal Flash Storage 3.0 (eUFS) for faster speeds, and packs a 7nm processor with 12GB of RAM.

The device features a total of six cameras, 3 on the back, 2 on the inside, and 1 on the front. The triple-camera system at the rear will be used for both tablet and phone modes. The device will also ship with Samsung’s new Galaxy Buds wireless earphones. 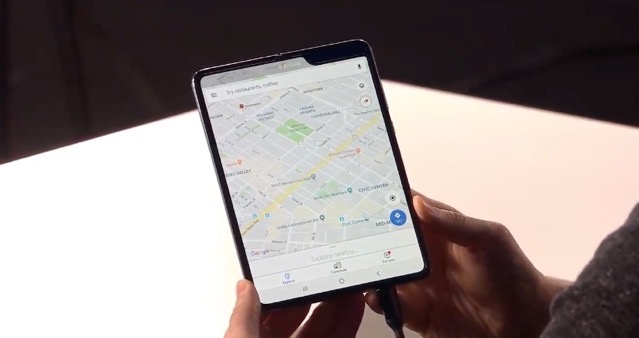 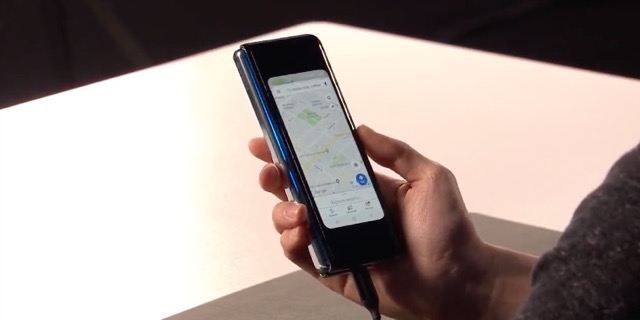 A hinge system at the back of the Galaxy Fold features multiple interlocking gears, all of which are hidden at the rear and allow the Galaxy Fold to transform from tablet to phone modes. Its batteries (4380 mAh) are separated by the fold but combined in the Android operating system. 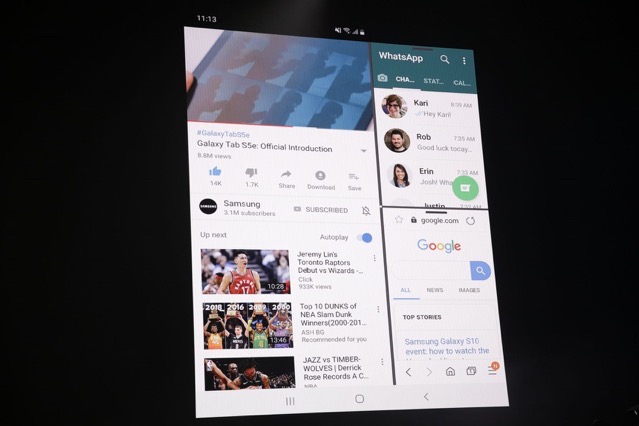 The Galaxy Fold can run three apps at once and also uses an app continuity system to adjust these apps when you move between tablet and phone modes.

Popular apps like WhatsApp, Microsoft Office, and YouTube have all been optimized for the new display and modes, with support for more apps on the way as well.

Do you plan on shelling out a whopping $2,607 CAD (as of writing) for the Galaxy Fold?