Amidst reports of Apple’s plans to debut a new iPhone next year featuring a full-screen face and an embedded home button, Samsung is already said to be readying an all-screen front for its Galaxy S8 smartphones coming out in 2017, while also ditching the physical home button. According to Bloomberg, the South Korean company is targeting a March release for the Galaxy S8, although it could be delayed until April. 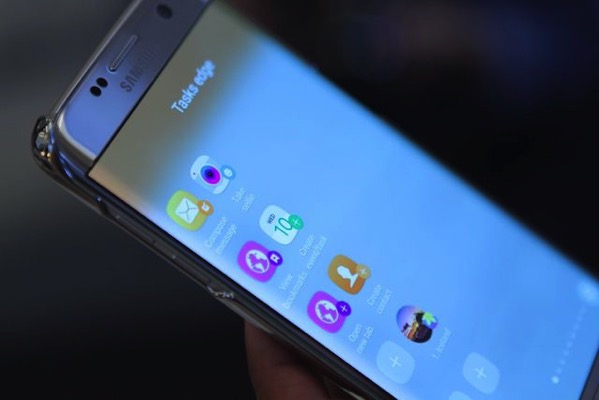 The publication cites people with direct knowledge of the matter, who claim that Galaxy S8’s bezel-less display will provide more viewing real estate while a virtual home button will be buried in the glass in the the lower section. The new Galaxy phones will come with wraparound displays using OLED technology. Apple is also said to be planning to adopt OLED screens next year, which are thinner and use less power than LCD displays.

Samsung is adopting tougher testing procedures in the wake of the Note 7 debacle that could push back the launch by about a month, one of the people said.

“Since the phones have a record of burning up, it needs time for these phones to be verified as safe. How safe the phones turn out to be is more important than any hardware innovation,’’ said Greg Roh, an analyst at HMC Investment Securities Co. “It will take about a month or two for people to actually start opening their pockets,” he said.

The report also adds that Samsung is considering scrapping plans for a dual-camera on the Galaxy S8 due to higher manufacturing costs.

Amazon announced on Wednesday a new lineup of Fire TV Omni televisions, this time with QLED and also its “smartest TV lineup ever.” The new Fire TV Omni QLED Series is available in 65 and 75-inches, with 4K Quantum Dot Technology (QLED) displays and full-array local dimming for up to 96 zones. Dolby Vision IQ […]
Gary Ng
9 mins ago