Samsung has already announced that it will launch its next-generation flagship handsets, called the Galaxy S7 and S7 Edge, on February 21 in Barcelona, Spain. Today, the rumour mill spilled the first image of the alleged Samsung Galaxy S7 (via NowhereElse). 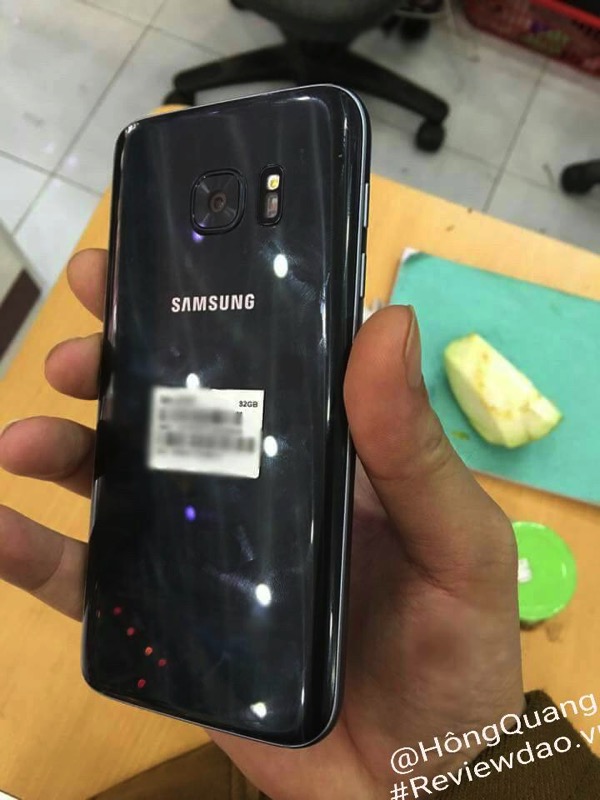 As you can see from the above picture posted by a Vietnamese source, the camera hump is gone, which is in line with previous reports, just like its water-resistance. However, it is worth mentioning that this may be an S7 prototype.

The source says the model equipped with Exynos 8890 has a 15% better performance compared to the Snapdragon 820 model, but both variants will come with high-quality audio DAC (ESS Sabre 9018). As for battery life, it seems to be on par with last year’s Note line.

The device will carry 4 GB of RAM and a 12-megapixel Britecell rear camera with f1/7 aperture. Also, the source says the battery can charge to 80% in a half-hour thanks to its quick charging feature. An image posted on Weibo shows the Galaxy S7 edge (SM-G9350) scoring 134,704 points in the AnTuTu benchmark test. 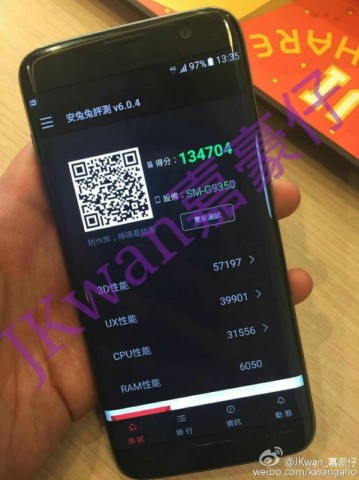 The Samsung Galaxy S7 and S7 Edge will ship with two storage options, 32 GB and 64 GB, but the memory will be expandable thanks to microSD support.