Samsung has allegedly won processor orders for the Apple Watch, industry sources speaking with the somewhat reliable Digitimes have revealed. As it turns out, Samsung’s 28 nm technology was chosen by Apple, and the orders call for up to 4,000 12-inch wafers monthly, the same sources say.

As the Apple Watch video reveals, the heart of watch is a custom-designed chip integrating many subsystems into one “remarkably compact module”. This is then completely encapsulated to protect the electronics. 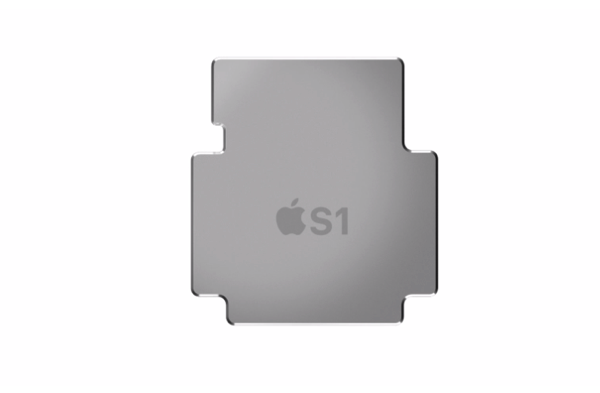 The processor built by Samsung will be inside Apple’s S1 system-in-package (SiP), which also consists of mobile DRAM, NAND flash and other peripheral chips. Advanced Semiconductor Engineering (ASE) is reportedly the provider of SiP modules for the Apple Watch.

The Digitimes report also points to analyst forecasts of Apple Watch shipments, which have been revised to about 10 million units for this year. Other analysts have different estimates, though.

However, this year marks only the beginning of a new product lifecycle at Apple. The device isn’t yet available on the market, but some are already talking about the next-generation smartwatch, which will allegedly pack more features and improved software.