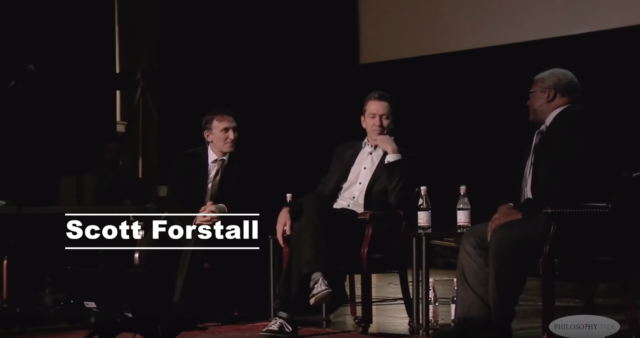 During the interview, the former Apple exec touched on a number of different topics, including taking risks, the Apple TV, and his transition from Apple to Broadway theatre.

Forstall began by highlighting the importance of taking risks, especially while he was at Apple:

I think you’re always taking risks. At Apple one time, we had been close to bankruptcy and we come out with iPod. It’s finally selling OK and we had the best-selling product unit-wise in the history of the company and then we came out with iPod nano.

We knew we were going to develop it and we canceled the entire iPod mini line before we even shipped the new product and it could have devastated the company.

But we did it because we believed in it and so we took risks.

Forstall also found it very important to allow his employees at Apple time to work on their personal projects and ideas:

One thing I would do when we were working on Mac OS X, whenever a release was finished I would give every single person in the department an entire month anything they wanted. It’s kind of insane because you’re talking thousands of people and millions of dollars of salary spent for a month for people to do whatever they wanted and they would work so hard that month coming up with incredible ideas.

One of the most notable things to come out of these “pet projects” was, in fact, the Apple TV:

The former Apple exec also shares how his views on “smartphone etiquette” have changed over the years:

Now I look at it and say well, it’s enabled people to have social media. Now there are these cones of these echo chambers that are destroying a lot of stuff. And that’s much more worrisome, but I think that you can create something and there’s going to be good and bad uses of it. We have to feel morally responsible to have an ethical creation and use of our products.

Forstall also notes the similarities between creating a startup and producing a Broadway show, the realm in which he has since transitioned into after leaving Apple:

The disciplines and the fields are very different, but creating a Broadway show is incredibly similar to creating a tech startup. Both of them start with very creative individuals who start with whole cloth, they’re looking to create a new product. And in the case of tech it’s maybe an application or a device and in Broadway it’s creating a script.

The entire interview can be seen in the video below. Be forewarned, a good portion of the interview deals with philosophical discourse, and Forstall’s segment begins around the 17-minute mark.