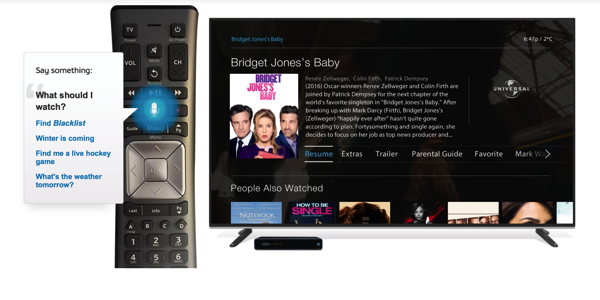 Shaw has been served with a patent infringement lawsuit by OpenTV and Nagravision units of the Kudelski Group, who hope to stop the company from launching its pay TV service that relies on Comcast’s X1 platform, reports MultiChannel.

Shaw launched its next-generation pay TV service branded as BlueSky TV earlier in January in Calgary. It expanded to Vancouver last month. BlueSky TV costs $99.90 per month for the first 12 months as part of the ValuePlan, and what makes this service appealing is the cloud-based interface and voice commands for discovering content, according to an earlier press release issued by Shaw. Shaw promised to roll out the pay TV service in other parts of Canada in the coming months.

But a lawsuit filed in the Federal Court of Canada claims that Shaw’s BlueSky TV service is violating six Canadian patents owned by Nagravision and OpenTV, such as patents covering and related to pay TV purchasing, distribution, viewership monitoring, and interactive television systems.

Rogers has also announced that it will license Comcast’s X1 platform for a new pay TV service, but that isn’t expected to launch until early 2018. It remains to be seen whether Rogers will be served with the same lawsuit as Shaw.