After sharing some alleged photos of rumoured ‘iPhone XC’ (or ‘iPhone XR’) dummy models, leaker Ben Geskin has tweeted out some more images of what claims to be from Apple’s alleged 6.1-inch LCD iPhone. 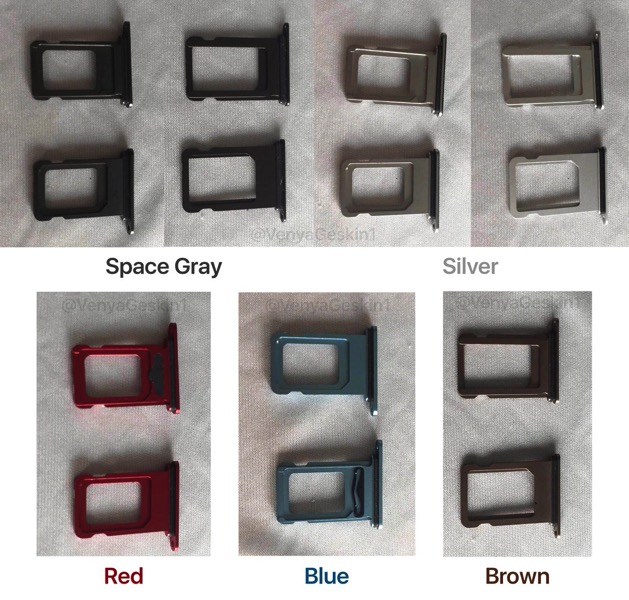 According to Geskin, he says these are single SIM trays but double-sided, allowing for one SIM card on each side, again fuelling rumours Apple will debut dual-SIM support in its 2018 iPhone models.

According to Bloomberg and analyst Ming-Chi Kuo, Apple’s rumoured ‘budget’ 6.1-inch LCD iPhone is said to be delayed until later this fall, due to production issues.

If you want more iPhone XC/XR news, YouTube channel ConceptsiPhone has released a new concept trailer for the model, which you can view below (for the sake of discussion purposes):

Apple is set to hold its September iPhone event tomorrow, starting at 10AM PDT/1PM EDT, at the Steve Jobs Theater in Cupertino, California. It will be live-streamed on Twitter as well for the first time. We’ll find out in less than 24 hours what will materialize for this fall’s iPhone line up–stay tuned.