Siri may not be getting the major update in iOS 12 that some had hoped for, but Apple still added a powerful new tool to the AI assistant’s skillset: Shortcuts. 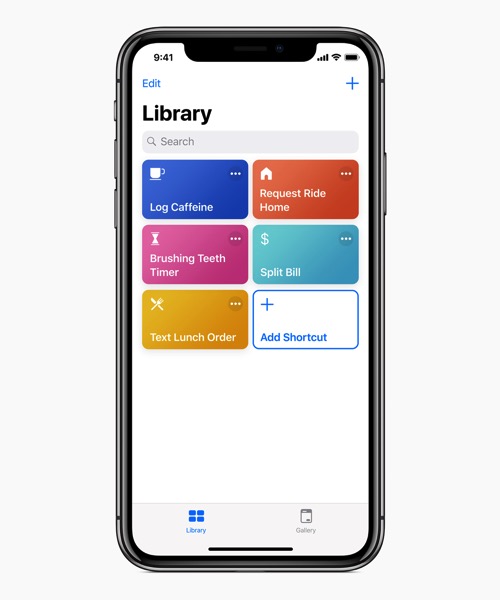 Shortcuts is the name Apple is giving to quick actions across your apps on iOS, which either perform a task within the app automatically in the background or jump deep into the app to something you’ve might want to open. By mapping certain requests to a specific trigger phrase, you’ll be able to better customize what Siri can do for you.

A new report from Macstories digs deeper into the various applications of this potentially revolutionary feature.

One simple example Apple used onstage was accessing hotel reservation info from the Kayak app. Instead of having to launch the app and search for that info, you can use the new “add to Siri” functionality. Once added to Siri, you just record a shortcut — the phrase you want to use with Siri to trigger the action (in the Kayak example, it was “travel plans”). Once enabled, using that phrase with Siri will bring up the information directly from Kayak without launching the app.

Apple further created more comprehensive tools letting developers go even deeper into this. Specific application functions can provide the user with information, take action, or go deeper with the application.

According to Macstories‘ report, there are actually two types of shortcuts. The first is based on NSUserActivity, an API first introduced with iOS, enabling third-party apps to hand off activity to other devices and later expanded to offer results in Spotlight search. This same API is used in iOS 12 to provide users with shortcuts that launch apps into specific screens or activities.

The second type of shortcuts is built around SiriKit Intents, an API that has been around since iOS 10 as a way for developers to integrate their apps natively with the Siri voice experience and perform actions inline within the assistant. “In iOS 12, developers can now create their own custom intents based on built-in semantic templates; furthermore, existing SiriKit Intents can break out of the Siri UI and also work as shortcuts in other places such as Spotlight, the Lock screen, and even the Siri watch face,” reads the report.

“Apple’s approach isn’t surprising: if iOS apps can have the ability to perform tasks with custom interfaces and responses outside of the main app environment (as is currently possible with SiriKit Intents), why not expand the same functionality to other types of proactive assistance? With shortcuts, any essential, repeatable feature of an app can become an action that can be executed from anywhere on the system without launching the full app,” explains the report.

But that isn’t the limit of Shortcuts. The dedicated Shortcuts app, not yet available, promises the ability for users to customize the entirety of their shortcuts, allowing you to string together your shortcuts to create powerful multi-step shortcuts that take advantage of multiple apps and features you can use with one tap or a quick phrase spoken to Siri.

Following in the footsteps of Workflow, which was purchased by Apple last year, the Shortcuts app will allow users to kick off a series of actions and execute their tasks. But the main difference is that, with the power of the Shortcuts’ background capabilities, these will run smoothly in the background instead of showing the process step-by-step, even accessible by voice.

The world of voice-based interactions continues to evolve, one can expect to see a number of advancements in both full-fledged assistant models, voice-based UIs, and combinations of the two. Long-term, Siri Shortcuts has the opportunity to make the biggest impact on how iOS users interact with and leverage their devices of anything announced with iOS 12.