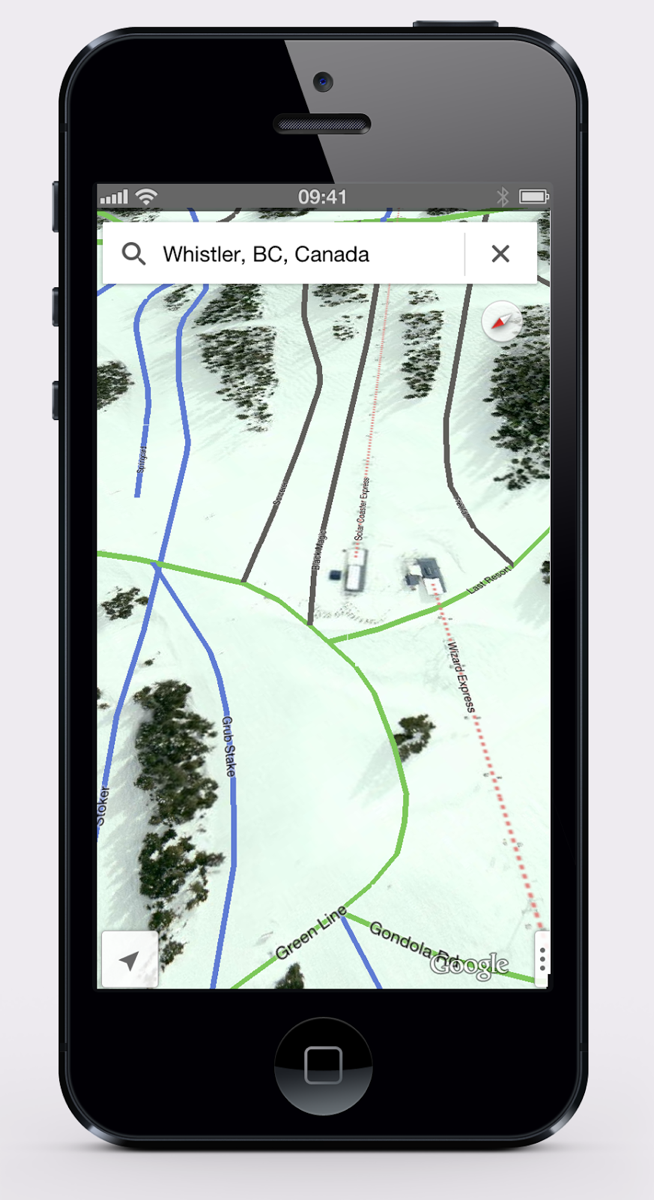 Google has been frequently updating its maps with new places for the past many months and today, the company has announced 38 new maps for some of the most popular mountains across North America. Whether you’re gearing up for a trip to Big White or Big Sky, Google Maps is sure to offer a comprehensive and easy way to find the best route down the hill.

You can check out the maps on your laptop browser to plot your course, and even get a Street View preview of a few select slopes before you head up the mountain.

Power up Google Maps on your Android device or iPhone, and the mountain information you need is right there. Blue, green and black runs are shown as solid colored lines and ski lifts are red dotted lines. Click on the links to explore the maps of of these iconic Canadian winter resorts.

So next time you step out of the gondola into a strong wind at the peak, don’t forget to consult Google Maps as your “go to” mountain guide.