While Apple’s HomePod is supposedly the “best sounding” smart speaker on the market, its underlying AI assistant, Siri, failed dramatically in a test against Amazon Alexa, Google Assistant, and Microsoft Cortana.

Loop Ventures’ Gene Munster put the HomePod to a test with 782 different queries. While Siri actually understood 99.4 percent of them, it was only able to answer 52.3 percent of them correctly. In comparison, response correctness was a lot higher among its competitors with 81 percent for Google, 64 percent for Alexa and 57 percent for Cortana.

Siri did come out on top in a few categories like “Local,” however it still failed due to a number of functions not being available on the HomePod. 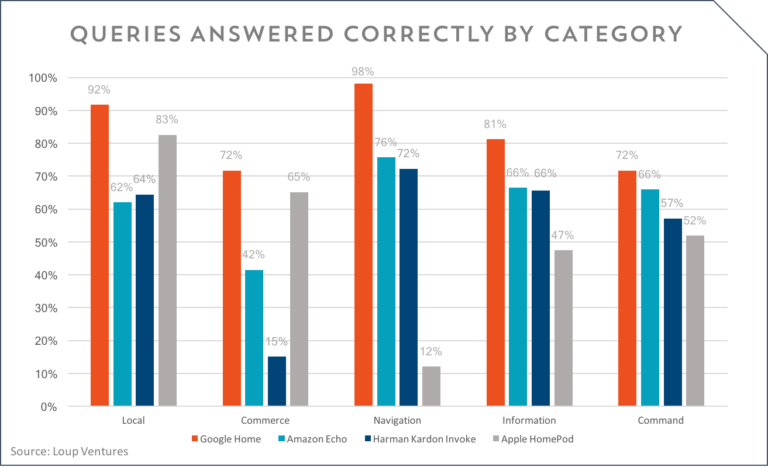 Munster argues that Apple will probably improve the HomePod’s options over time, making it “vastly more useful and integrated with your other Apple devices.”

The Loup Ventures analysis is in line with early reviews of the HomePod, which have typically pegged Siri as the weakest link. Apple has directed its marketing focus to sound quality, emphasizing technologies like computational audio, beamforming, and the use of seven separate tweeters to create a room-filling sound.

Loup Ventures is forecasting sales of 7 million HomePods in 2018, boosting Apple’s revenue and earnings by 1 percent.