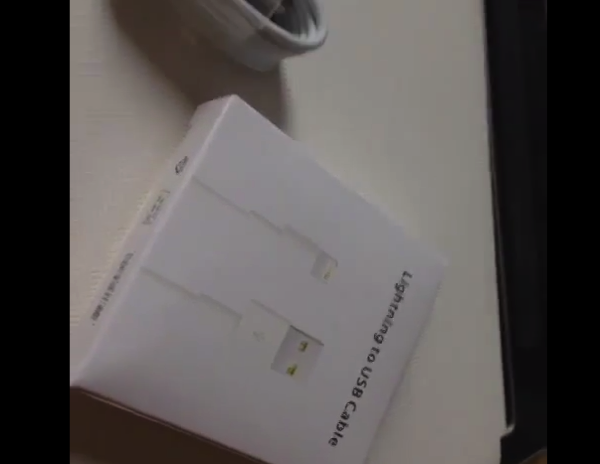 Earlier today some images surfaced of purported reversible USB Lightning cables, which are rumoured to possibly debut with the iPhone 6.

Sonny Dickson, an Apple parts leaker with a relatively decent track record, has shared a video of the said reversible USB Lightning cable in action.

Check out the video below, titled “Reversible USB port on the new Lightning cables!”:

While the boxes are similar to the ones seen in earlier image (they look like cheap knockoffs of Lightning USB packaging missing the Apple logo), the USB connector only has the logo imprinted on one side.