Apple has announced the release of Speedometer 2.0, a benchmark that tests a browser’s Web app responsiveness by timing simulated user interactions. 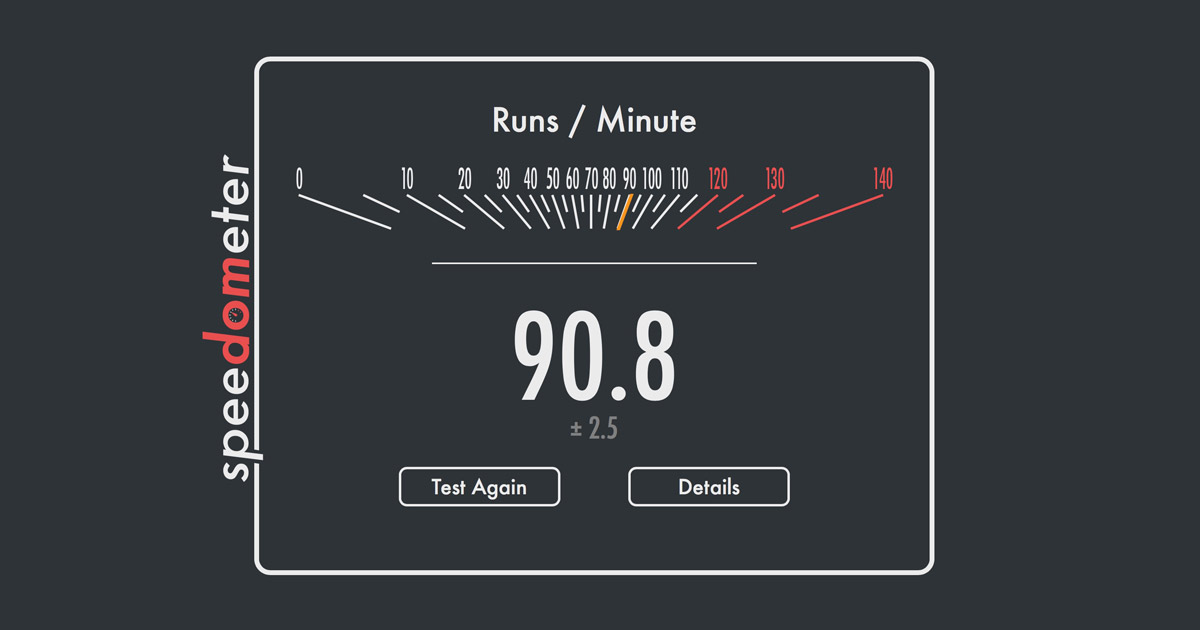 In 2014, the WebKit team at Apple released Speedometer 1.0, a benchmark for web app responsiveness, reads a new article from the WebKit team. It simulates user interactions in web applications, using TodoMVC to orchestrate adding, completing, and removing todo items. Speedometer repeats these actions using DOM APIs that were extensively used in real-world applications.

The performance of these kinds of operations depends on the speed of the JavaScript engine, DOM application programming interfaces, layout, CSS style resolution and other parts of the browser engine.

Apple notes, however, that the web developer world has changed a lot since Speedometer 1.0 was released in 2014. With the release of Speedometer 2.0 today, Apple says there’s now support for modern JavaScript frameworks and libraries

Speedometer 2.0 runs a series of tasks — 480 of them — in a browser window using a host of web and browser technologies. The software measures how long each of these tests takes, and provides a detailed report. You could run this test in your own browser , but it’s designed to let engineers get a handle on how well their engines perform.

According to the article posted by the WebKit team, the new test, run as a Web app, “better reflects the frameworks, tools, and patterns in wide use today.” One of the principle changes for the test is support for later JavaScript libraries and frameworks, such as React, Preact, Inferno, Vue.js, and the latest version of Ember.

“Speedometer 2.0 has been an exciting collaboration between browser vendors,” concludes the article. “We would like to build on this collaboration in future iterations of the benchmark by working more closely with framework authors and the developer community to identify broadly-used patterns, frameworks, and tools for which browser engines could be optimized.”

You can run Speedometer 2 at browserbench.org, and you can read about the changes at the WebKit.org website.