Apple Music is closing the gap on Spotify when it comes to paid subscribers in the United States. 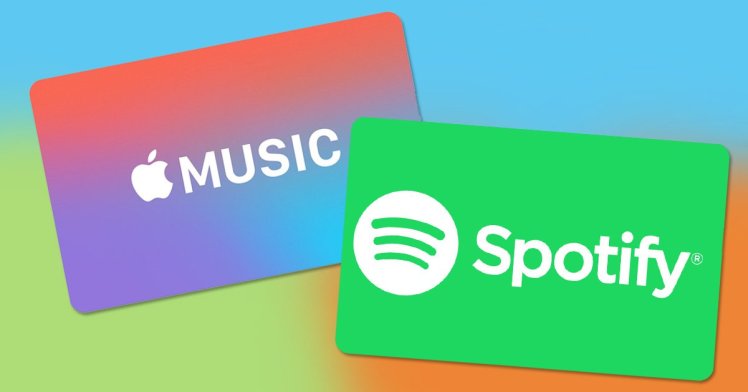 According to a report from The Wall Street Journal, Apple Music’s U.S. paid subscriber base is growing by a monthly rate of 5%?. Outpacing Spotify’s 2% monthly growth, Apple will reportedly surpass the Swedish streaming company’s U.S. subscriber base by this summer.

It’s hard to do a like-for-like comparison between the growth rate of the two services, however, because of their subtly different business models. Apple Music has a three-month free trial compared to Spotify’s 30 days, and doesn’t offer a free tier of service.

It’s likely that the upcoming launch of the HomePod will further spur growth in Apple Music’s subscriber numbers. News emerged last week that the upcoming speaker won’t support Bluetooth streaming, which will be a blow to Spotify users on Android devices without access to AirPlay.

Apple, in fact, would already have a larger audience for Apple Music than Spotify right now if the company counted the users participating in its trial periods. All Apple Music subscribers initially go through a free trial before becoming full, paying members, whereas Spotify offers a free streaming tier that users can stay on for as long as they like. Typically, Spotify likes to tease both subscriber counts and user counts whenever each number reaches a significant milestone.

Google Music and Amazon Music aren’t even close, but both are still emphasizing MP3 purchase as a means to sale far more strongly that iTunes, and for Spotify that’s never been an option. In Google Play’s case, for example, there’s no ad-supported option – you subscribe or you buy individual MP3s to keep.

Meanwhile there are still massive differences in the popularity of streaming services across the world. Globally Spotify is still dominant, but surprisingly Deezer has the lead in France, where it’s based, and other services have their own pockets of popularity.