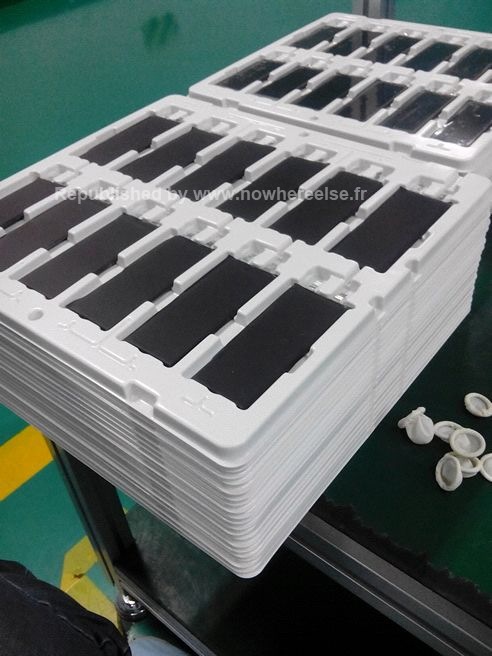 The French site Nowhereelse.fr has posted an image it claims shows trays of iPhone 5S batteries fresh off the assembly line. Considering the series of image leaks we’ve seen this month, Apple is clearly preparing to mass produce its highly anticipated handset.

The above picture shows batteries before they are equipped with the appropriate connector. Since none of them are labeled, any details about their capacities and voltage are only guesswork. However the batteries appear the same size as the current iPhone 5 battery.

Still, without more detailed information it’s impossible to say if the image is authentic. The batteries could fit other devices as well.

What is remarkable though is the frequency of iPhone 5S component leaks. Earlier this month we saw an iPhone 5S prototype, suggesting that Apple will indeed use an A7 chip instead of an A6X chip in the forthcoming handset. Images of a slightly redesigned logic board have also appeared on the web, and the display assembly leaked earlier this week apparently matches the redesigned logic board.

In other words, Apple suppliers are preparing for mass production of the iPhone 5S, so stay tuned – we’ll keep you posted!