Following up an earlier report about the iPhone 5S prototype, MacRumors has posted a couple of high-resolution images showing the device’s chip in detail. The blog speculates that Apple is indeed planning to use an A7 chip in its next-generation iPhone rather than an improved A6 chip. 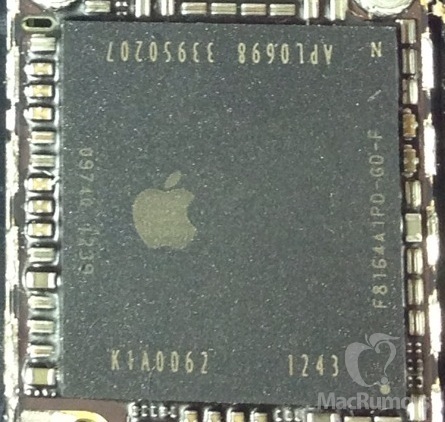 The image of the alleged iPhone 5S prototype reveals a chip with an Apple model number of APL0698, which — considering that Apple increases the second digit of the A-series chip model numbers when moving to a new family — suggests that the iPhone 5S will carry an A7 chip. 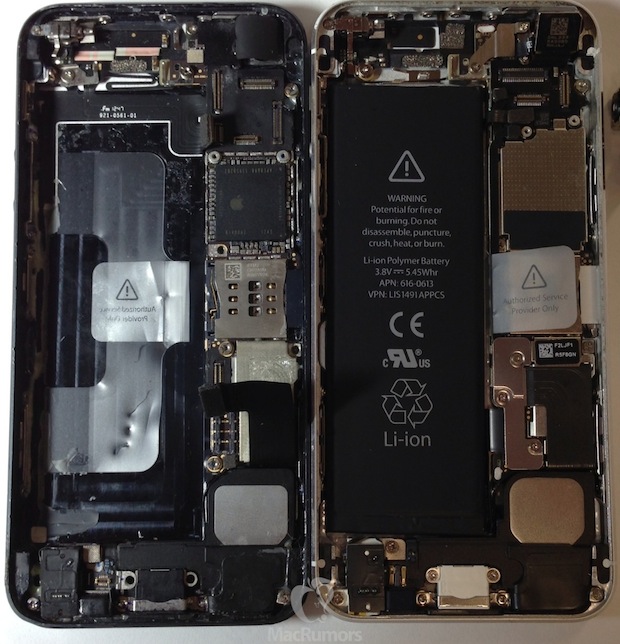 An interesting highlight of the report is the chip’s K1A0062 identifier: after speaking with Chipworks, they tend to think that this chip (part of the iPhone 5S prototype assembled last year) was manufactured by TSMC. Considering that we are talking about a prototype iPhone 5S, this could mean that the rumoured Apple–TSMC deal has finally been sealed, although the most recent report claims TSMC will manufacture the A8 chip and beyond, not the A7.

The above prototype carries the same 1 GB of Elpida DRAM seen on the A6 chip.

Other images show a closer view of the handset’s rear showing more detail of the camera system with dual-LED flash and microphone.